From 8-Tracks to Grave Torpedoes: The Quest for an Extinct Technology 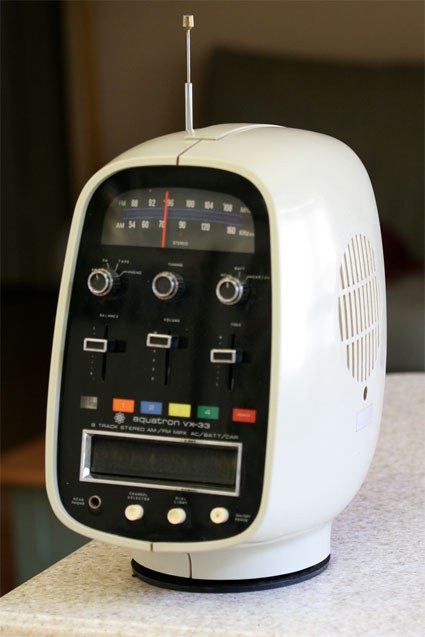 NPR's Robert Krulwich has a challenge for you: Can you name an invention or tool from the dawn of humanity until now that has become entirely extinct? The question is based on a bet that he made with the founding editor of Wired magazine,Kevin Kelly. In a recent NPR conversation with Krulwich, Kelly said, "I say there is no species of technology that have ever gone globally extinct on this planet." That's a bold assertion, but try as he might, Krulwich couldn't find an example to prove him wrong. As Krulwich explains on his blog:

So Krulwich has enlisted the help of his readers, asking for suggestions in the comment section that could help him win his bet. The 640 comments that have accumulated thus far include everything from 8-track players to shoe store x-ray machines to horse-hair tennis balls, and Krulwich has been putting together a short list of the most promising suggestions. We've rounded up our three favorite contenders for technologies that have gone extinct, but can you think of anything better? You can chime in on the comment section here, or head to Krulwich's blog to help him out.

Robert Krulwich: I'm sitting here trying to imagine when I would use an "automatic bowler hat tipper." If I were taken hostage, bound and gagged, but still wished to be polite to my captors, I guess it could be useful. (If I wore a bowler.)

Tool: What about the automatic (bowler) hat tipper, US Patent 556248? I think Robert was just looking in the wrong place. Catalogs are for useful products. For useless, outdated, and non-functional items, one must look to the Federal Government!;)

The hooks that the Ancient Egyptians used to mash up a dead person's brain so it would come out of the nose aren't made anymore.

How about the Egyptian brain remover? Do they still use those?Robert Krulwich: @Ethan Mellen, do you have an example so we can check?

In response to the story on "Tools that Never Die", I have a candidate for one that has. It is the "Grave Torpedo"; Grave Torpedoes were made in the late 19th century to protect the graves of the recently deceased from grave robbers. Grave robbery had become a big problem because the growing number of medical schools could not get cadavers legally. They began to pay top dollar for bodies, no questions asked. A "Grave Torpedo" was a device that was placed in the grave of your loved one upon burial; it was designed to explode if a grave robber opened the coffin lid. I cannot find anyone, anywhere, that still makes this device. Robert Krulwich: This is a good one. What we'd have to do is ask, are there places on Earth where grave robbery is still a big problem and then ask around to see if they have caskets that blow up on re-opening. I can't help wondering if this one is a myth. I have read about caskets with bells for not-quite-dead people to ring in case of a Sleeping Beauty Emergency. But blowing up upon opening seems a little excessive.

Related Content: Discoblog: The Revolution Should Not Be Digitized–Put It on Microfilm Instead Discoblog: Building an Ancient Greek “Computer” out of Lego Discoblog: Get Your Steampunk On: This Guy’s Building a Computer From 1837 Science Not Fiction: The Revenge of Paper