Flashback Friday: Android vs. iPhone: what your phone choice says about you 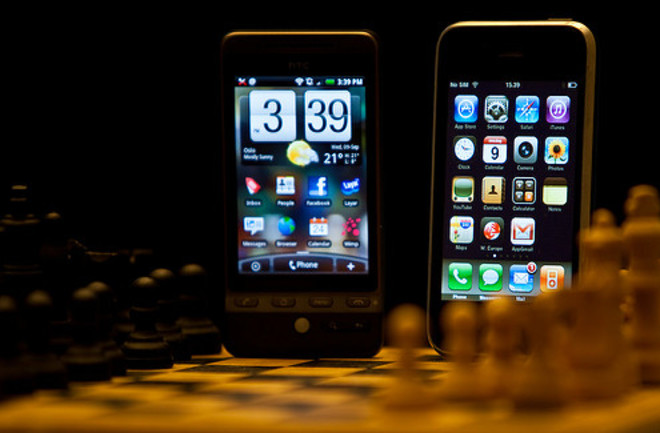 Image:Flickr/nrkbetaGiven all the money spent on advertising, it’s no wonder there are stereotypes about iPhone and Android users. But are these real? Is there anything you can predict about me just from knowing whether I use an iPhone or Android (and vice versa – can you predict my phone choice from my personality)? Well, according to these researchers, there really are population differences between iPhone and Android users: if I told them I used an iPhone, they would guess that I’m younger, female, and “increasingly concerned about [my] smartphone being viewed as a status object.” Little do they know that my phone is 4 years old and has had a smashed screen for months. Ha!Predicting Smartphone Operating System from Personality and Individual Differences. “Android and iPhone devices account for over 90 percent of all smartphones sold worldwide. Despite being very similar in functionality, current discourse and marketing campaigns suggest that key individual differences exist between users of these two devices; however, this has never been investigated empirically. This is surprising, as smartphones continue to gain momentum across a variety of research disciplines. In this article, we consider if individual differences exist between these two distinct groups. In comparison to Android users, we found that iPhone owners are more likely to be female, younger, and increasingly concerned about their smartphone being viewed as a status object. Key differences in personality were also observed with iPhone users displaying lower levels of Honesty-Humility and higher levels of emotionality. Following this analysis, we were also able to build and test a model that predicted smartphone ownership at above chance level based on these individual differences. In line with extended self-theory, the type of smartphone owned provides some valuable information about its owner. These findings have implications for the increasing use of smartphones within research particularly for those working within Computational Social Science and PsychoInformatics, where data are typically collected from devices and applications running a single smartphone operating system.” Related content: Nomophobia: the fear of being out of cell phone contact.Study proves that talking on your cell phone makes you act like an a**hole.What happens when you swallow your cell phone, case and all?