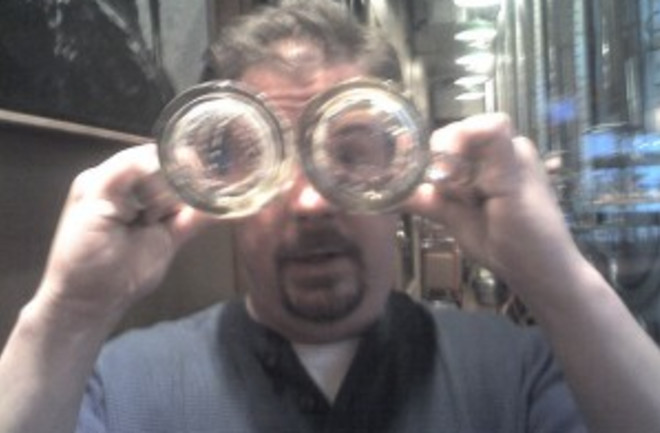 Most people have heard of "beer goggles" -- the idea that when you're drunk, everyone suddenly seems more attractive, including people you might otherwise not be interested in. But why does this occur? Is it simply a result of reduced inhibitions, or are you actually seeing differently? Here, the researchers tested whether being drunk made people less able to discriminate between symmetrical (more attractive) an asymmetrical (less attractive) faces. They found that drunk people showed a reduced ability to identify asymmetrical faces, as well as a reduced preference for symmetrical faces. Not only that, but women made more mistakes than men in identifying the asymmetrical faces. Wondering how well you'd do? Check out the figure after the jump!

An explanation for enhanced perceptions of attractiveness after alcohol consumption "Acute alcohol consumption increases ratings of attractiveness to faces. This may help to explain increased frequencies of sexual encounters during periods of alcohol intoxication. At least in part, such increased attraction may be the result of alcohol consumption decreasing ability to detect bilateral asymmetry, presumably because of the reductions in the levels of visual function. We tested the hypotheses that acute alcohol consumption decreases ability to detect asymmetry in faces and reduces preference for symmetrical faces over asymmetrical faces. Twenty images of a pair of faces and then 20 images of a single face were displayed on a computer, one at a time. Participants were instructed to state which face of each of the face pairs displayed was most attractive and then whether the single face being displayed was symmetrical or not. Data were collected near campus bars at Roehampton University. Sixty-four self-selecting students who undertook the study were classified as either sober (control) or intoxicated with alcohol. For each face pair or single face displayed, participant response was recorded and details of the alcohol consumption of participants that day were also obtained. Sober participants had a greater preference for symmetrical faces and were better at detecting whether a face was symmetrical or otherwise, supporting the hypotheses. A further, unexpected finding was that males made fewer mistakes than did females when determining whether individual faces were asymmetrical. The reduced ability of inebriated people to perceive asymmetry may be an important mechanism underlying the higher ratings of facial attractiveness they give for members of the opposite sex and hence their increased frequency of mate choice." Bonus figure from the full text (which face do you think is more attractive?):