A superstrong electron highway, just one atom thick, could pave the way for flexible electronics. 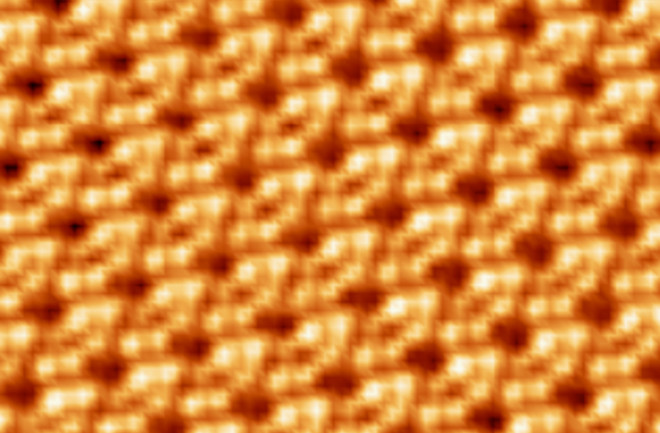 When it comes to electronics, smaller is usually better. And as devices get more compact and powerful, they need ever-tinier transistors — the internal switches that keep computers computing. Easy to use and abundant, silicon has been the go-to transistor material for decades, but in February, the world saw the first silicene transistor.

Silicene is a two-dimensional version of silicon just a single layer of atoms thick. It behaves like a superstrong electron superhighway, a quality that may lead to flexible and transparent electronics. Silicene debuted in 2012, but it degrades within seconds when exposed to air. “It needs to be protected at all times,” says Deji Akinwande, the University of Texas at Austin engineer who led the work.

Engineers stalled silicene’s degradation by sealing it between a silver base and an aluminum oxide layer. They flipped it and etched out some silver to form two electrodes while still preserving the silicene. (Credit: Jo Wozniak and Deji Akinwande/University of Texas-Austin)

So Akinwande’s team first grew silicene on a silver base and, to stall degradation, sealed it under an aluminum oxide layer. Finally, they flipped the transistor over and used a custom-developed solution to etch out a silver slice in the middle while preserving the underlying silicene. The result: a silicene channel for electrons to travel from electrode to electrode.

The transistor represents a major advance but has a ways to go — even in a vacuum chamber, it still degraded within a few minutes.