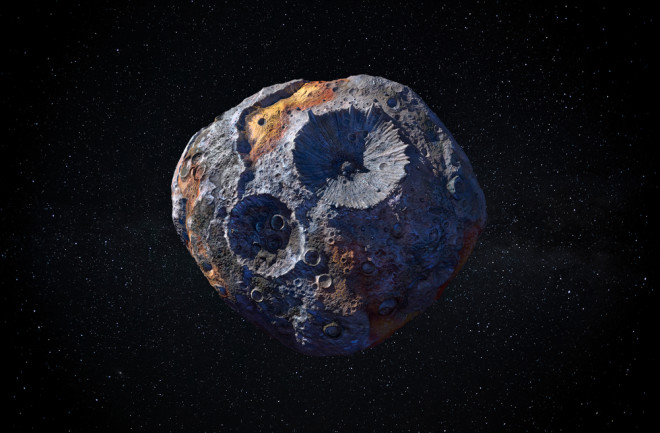 The first human space mission to the Asteroid Belt could take place within 50 years, say rocket engineers, provided humans reach Mars by 2038. Their prediction is based on an economic analysis of the rate at which space budgets increase over time and how humans have increased their sphere of operations since the dawn of the space age.

The goal of Jonathan Jiang at the Jet Propulsion laboratory in Pasadena, and colleagues, was to work out a timeframe over which crewed missions to the Asteroid Belt, to Jupiter and even to Saturn might take place.

They began by studying how NASA’s budget has increased since it formed in 1958. There have been several peaks in this curve, corresponding to significant increases in spending.

These correspond to 1966 when the Apollo program in which NASA’s budget accounted for about 1 per cent of the US Gross National Product; to 1991 when the agency decided to partner with the private sector to develop a space shuttle replacement; and to 2018 when it embarked on the Artemis program to return humans to the Moon and then send them to Mars.

The overall trend, however, is of steady linear growth, say Jiang and co.

The team also attempt to measure improvements in technology, since deep space missions rely on the design manufacture and operation of complex hardware and life support systems. They do this simply by counting the number of scientific papers published on deep space exploration in the US per year. “[This] can be used as a proxy to gauge the overall technology level of cutting-edge developments in this complex realm,” say the researchers.

The final factor the team use is the effective radius of human activity beyond Earth. This increased rapidly at the dawn of the space age from low Earth orbit to the first successful moon landing at a distance of 0.0026 Astronomical Units.

The Artemis project will send humans to Mars in about 2037 when the radius of human activity will increase to 0.3763 AU. Assuming this mission is successful, it provides another data point the team can use to project into the future.

Taking all these trends into account allows the team to produce a model that predicts when human missions to distant parts of the Solar System will take place. This model earmarks 2073 for a crewed Asteroid Belt mission, 2103 for humans to visit Jupiter and its satellites as well as 2132 for a mission to Saturn.

“The results thus far suggest the worlds of our Solar System, throughout human history merely specs of light in the night sky, will soon be within our grasp,” say the team.

Of course, predictions of this kind are bedeviled with uncertainty. Some factors such as sudden climate change could make deep space mission more urgent, while others such as diseases like covid-19 could dramatically slow progress. Ultimately, economic conditions and national priorities will determine the rate of development.

But the key message from Jiang and co is that these missions could take place in the not-too-distant future. They conclude: “Our model suggests human landings on worlds beyond the Moon and Mars may well be witnessed by many alive today.”