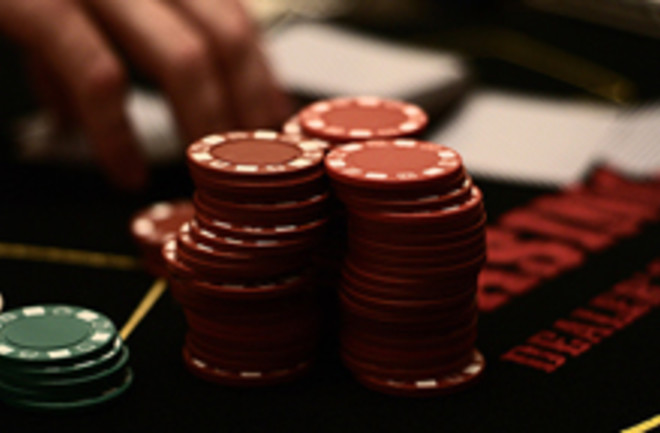 It's the middle of a high-stakes poker game. You steal a glance at your opponent—do they have a tell, or some physical tick that might inform you whether they're bluffing or they actually have great cards? But all you see is a glowing laptop monitor, no help at all. Phil Laak and Ali Eslami confronted this difficulty last summer, when they went to battle against Polaris, a poker-playing computer programmed by scientists at the University of Alberta. In a match-up called "The First Man-Machine Poker Championship," man triumphed, but barely. Now an improved Polaris has returned for a rematch, and as the poker world gathers in Las Vegas for the World Series of Poker later this week, other human players will try to defend humanity's honor. More than a decade ago, I.B.M. programmers devised Deep Blue, the computer program that defeated the world's best chess player, Gary Kasparov. But while a chess board is laid out for everyone, poker is an entirely different game—it confronts the computer with the problems of incomplete information. You don't know what the other players have, and you don't know what cards will be turned up next. Humans have an advantage in being able to change tactics on the fly and, well, sometimes act irrationally. So instead of simply making the highest-percentage move every time, the 2008 version of Polaris will be able to recognize patterns in its opponents' play, the researchers say, and change its own style to counter them. Laak and Eslami said last year that despite their eventual victory, the computer challenged them more than almost any human player ever had. So perhaps this is the year the machines take us down. But when you can't stare down your opponent James Bond-style, doesn't the game lose a little something? Image: flickr/Jam Adams