Finally, a Home Decorator Everyone Can Afford: a Computer Program

Next time you get the urge to redecorate, hire an algorithm. A new program developed by computer scientists can take a jumble of furniture and arrange it into a variety of realistic configurations using just a few simple rules, like “the TV must be visible from the couch,” “the lamp should be near the desk,” and (important, but oft-overlooked) “doors must be able to open.” You can then choose your favorite arrangement without having to heave the couch across the room more than once. 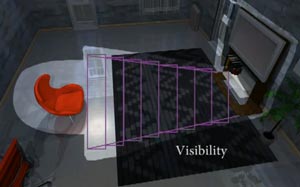 Visibility constraints throw out any arrangements where important views are blocked.

The program, called Make It Home

, uses basic spatial rules gleaned from examples of pleasingly furnished rooms to come up with its interior designs. It first extracts the rules governing example rooms, including furniture spacing, the existence of pathways between doors, and the relationships between objects like the DVD player and the TV, which must be near each other, or the TV and an armchair, which must maintain a line of sight. Then it whips through successive iterations of the room to be organized, automatically adjusting each version’s failings until all the criteria are satisfied. Watch the video above (starting at 2:10) to see the process, which is basically musical chairs on speed. The team will be presenting at the SIGGRAPH 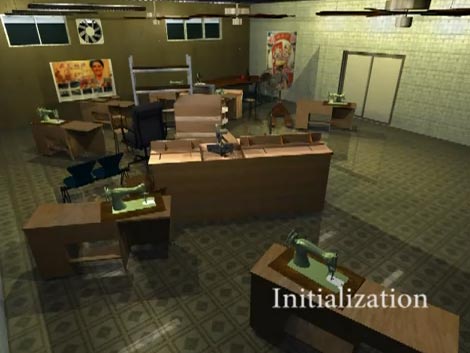 Above: a chaotic factory; below: beautiful zen palace 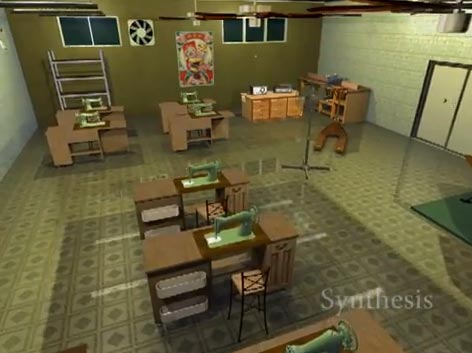 The team has tested the program with a variety of rooms, including a Chinese restaurant, a florist shop, the Yale University Art Gallery, and a clothing factory with rows of sewing machines, and the program's work was deemed realistic by people asked to compare the computer-generated arrangements with ones designed by humans. When will we get our hands on the software? It's not clear: The researchers say that Make It Home could be useful to video game developers and set designers, but there's no mention of a time line for commercialization. For the next version, may we suggest a feng shui

add-on? Image and video credit: UCLA and the Hong Kong University of Science and Technology