Eyes on the Radioactive Wind, Scientists in California Study the Fukushima Meltdown 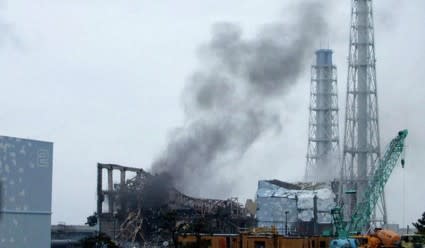 What's the News: After the disastrous March 11 earthquake and tsunami in Japan, the world waited, mostly in vain

, for details about the events that led to meltdown

at the Fukushima Daiichi nuclear plant

. Since then, scientists across the Pacific in California have been watching the dials of instruments that detect radioactive molecules, to see what might come across on the winds. This week, scientists at Scripps published their readings of radioactive sulfur

collected in the atmosphere in San Diego after the meltdown. These allowed them to extrapolate backwards to learn roughly how many neutrons

were shed by the melting cores as workers desperately doused them in sea water, helping scientists understand the damage undergone by the cores and demonstrating the kind of remote science that may be required to help understand the events that led to meltdown. How the Heck:

Not So Fast: While such back-calculations are an intriguing way to study the meltdown, an atmospheric scientist interviewed by ScienceNOW points out that the 6,200 miles between Japan and San Diego is a very long way for particles to travel. There must therefore be significant uncertainty in the team's calculation of how much sulfur-35 was produced in the air above the nuclear plant. The Future Holds: This study is likely just the harbinger of many more attempts to study the Fukushima meltdown from afar. Be on the lookout for more. Reference: Priyadarshi, A., Dominguez, G. & Thiemens, M. H. Proc. Natl Acad. Sci. USA http://dx.doi.org/10.1073/pnas.1109449108