'Eye in the Sky' Makes You the Jury on Drone Warfare 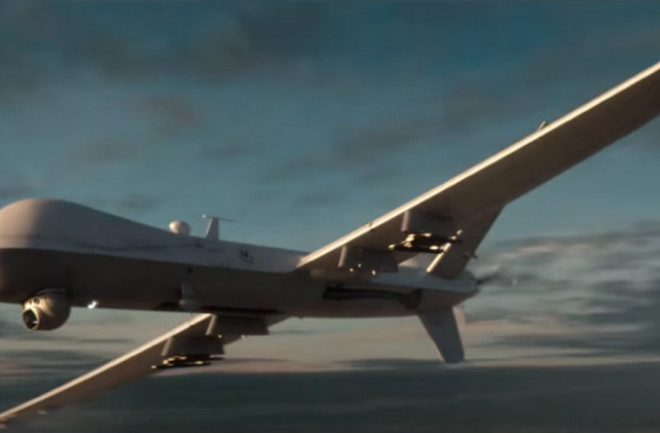 A Reaper drone spies potential targets in the film "Eye in the Sky." Credit: Bleecker Street Media Once again, the drone is a tactical weapon. It's not a strategy. We've implemented it based on a strategy. "We want to watch you at all times." Have you thought through that strategy? Is there going to be blowback? It's horrifying to me that children in those areas are saying "A cloudy day is a good day, because then the drones don't see us." You think any of those people are going to be won over to our cause? I admit this movie does not go that far. Maybe it should." Lovesick Cyborg: Oh, I'm not saying it should have been that project. I was just curious. Gavin Hood: But now that people have seen this movie and when you talk to them about a Reaper with a Hellfire missile over Pakistan, I guarantee to you that it's less abstract. "Oh you mean that thing in "Eye in the Sky" that looks at people all the time? That's what is flying over there?" One of the things that's great about film is that they give us visual references. The fact that [you and I are] even having the conversation about tribal Pakistan is precisely because this film gave us an opportunity for a conversation. And if that's what it does, then it's simply one piece of a puzzle that helps an ongoing conversation and maybe encourages someone else to go make that movie. Things build on each other. We certainly haven't covered everything, mate.