Everything Worth Knowing About ... The Perfect Battery

How we're powering up our lives. 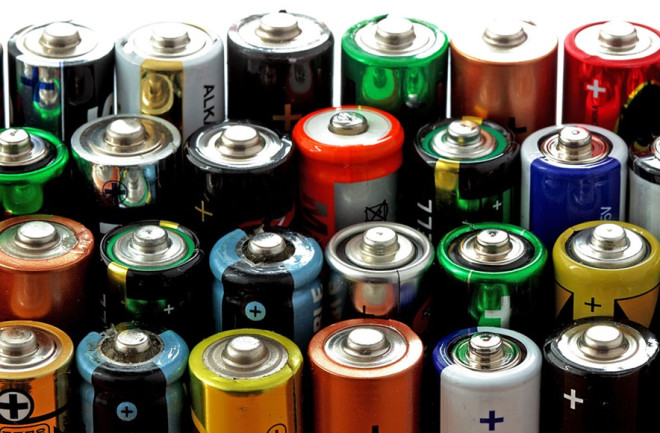 Batteries symbolize our love affair with convenience. They liberate us from wires by juicing up our smartphones, laptops and cars. With gadgets fully charged, we can go anywhere, do anything. One hundred percent power feels secure.

But when the charge runs dry, we’re screwed.

The good news? Engineers are trying to create the perfect battery. It is efficient and safe, and it packs a lot of oomph using little space. It’s made from abundant, cheap and nontoxic materials. It maintains a charge over thousands of recharges. It can store energy generated by wind turbines and solar cells.

But significant hurdles remain in this quest, and the outcome will determine our electronic future. Without better batteries, tomorrow’s doodads or dreams of using alternative energy will remain points of endless frustration. Or maybe frustration is inherent. In 1883, Thomas Edison warned that chasing the perfect battery is a fool’s journey: “a catchpenny, a sensation, a mechanism for swindling the public by stock companies,” he wrote. Working on the latest, greatest battery brings out a man’s “latent capacity for lying.”

Sensation or game changer? Here’s your guide to the perfect battery.

How a Battery Works

Inside a battery, chemical reactions involving a material called an electrolyte cause electrons to accumulate in the negative terminal, or anode, and flow when it’s connected to the positive terminal, or cathode. Recharging a battery reverses that process — returning electrons to the anode, where they can be reused.

The Quest to Make Lithium-Ion Batteries Better and Safer

Among today’s batteries, the family of lithium-ion batteries reigns. They’re used in mobile phones, cameras, laptops and electric cars. They’re more efficient and last longer than their predecessors. And because lithium is the world’s lightest metal — it can even float — it’s used to make lightweight batteries. The price is right, too: After a quarter-century on the market, lithium-ion batteries are cheaper, thanks to better manufacturing techniques.

Just one problem — the liquid electrolyte in most lithium-ion batteries can burst into flames. Gerbrand Ceder, a materials scientist at the University of California, Berkeley, has developed a solid electrolyte that contains nothing combustible and that could last longer. “A solid-state battery would be the ultimate battery in terms of safety, and probably in terms of lifetimes as well,” he says.

1. Big energy, little package. Batteries are often compared by their specific energies, measured in watt-hours per material mass. The higher the measure, the more pep packed into the unit.

2. Cycles. How many times can you recharge a battery to its highest possible capacity? This is also a measure of how long your battery will last. Lithium-ion batteries are great cyclists, able to recharge hundreds of times. Adding nanoparticles to batteries can speed up recharge time, some studies have shown.

Lithium and cobalt, two ingredients of lithium-ion batteries, are relatively rare. About half of the world’s cobalt supply comes from the war-torn Democratic Republic of the Congo. Can we make a perfect battery from more abundant, less controversial materials?

Sodium-ion batteries combine low cost with high efficiency, and sodium is more abundant than both lithium and cobalt. Plus, their energy density is close to that of lithium, and they’re particularly appealing for storing energy from wind and solar farms.

A worker in the Democratic Republic of the Congo descends into a crude mine where cobalt, an ingredient of lithium-ion batteries, is extracted. (Credit: Michael Robinson Chavez/The Washington Post/Getty Images)

Magnesium-ion batteries could pack more energy than lithium-ion batteries and might be safer, but they’re harder to charge. Ceder, the Berkeley scientist, says this technology is still in its infancy and is hard to predict. He likens today’s progress on magnesium to the early research in the 1980s on lithium-ions.

Hydrogen fuel cells also pack a lot of energy in a small package. The fuel cells combine hydrogen, water and oxygen to generate electricity. Automakers have begun rolling out cars powered by them, and a few states have installed hydrogen refueling stations. But hydrogen remains controversial. Critics point out that it’s expensive to produce the fuel cells and they don’t store a lot of power.

Hydrogen fueling sites, like this one in West Sacramento, Calif., are popping up in the United States. (Credit: California Energy Commission)

How far outside the box can a battery go? Some engineers are working on projects that would redefine the battery as we know it.

Quantum action: In the past few years, physicists have investigated ways to produce energy from qubits, or quantum-mechanical systems like subatomic particles. Their reasoning goes something like this: As particles drop into their lowest energy state, they release energy. If we can collect that energy, we can use it in batteries, and recharge by returning them to a higher state. There’s an additional predicted quantum quirk that doesn’t happen with ordinary batteries: The more qubits you have, the faster they recharge.

Researchers have created a battery that dissolves in water. (Credit: Ashley Christopherson and Reza Montazami/Iowa State)

Biobatteries: What about batteries powered by living organisms? Some bacteria produce electric currents when they eat or convert sugars into usable energy. Last December, physicists at the State University of New York-Binghamton unveiled a disposable paper battery that generates a trickle of power from trapped bacteria.

Self-destructing battery: Scientists at Iowa State University have developed a lithium-ion battery that dissolves in water in 30 minutes. One application could be powering temporary medical devices in the body. Other versions of this technology cause battery destruction when exposed to heat or light.