Energy Is a Top Priority for Voters, But at What Price? 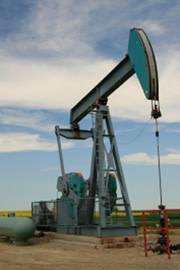 Over at Better Planet, Ben Nugent discusses a recent poll showing that voters view the

economy and high fuel prices as the biggest concerns this election season. In another

AP-Yahoo News poll that's been running since last November, 87 percent of the respondents now say gas prices are a "very important" issue to them personally, while "roughly the same amount as before the primaries — 62 percent—say the environment is at least a very important issue." All of which is good news, from an environmentalist perspective—high gas prices have thrust conservation and alternative energy into the everyday lives of most Americans, and have thus made it to the top of the candidates' priority list. The less good news is the political lean that these priority lists are taking. While a few months ago, according to the AP, more voters were swinging towards energy conservation efforts, now the pendulum has swung back, with voters evenly divided between support for "drilling and other exploration" versus conservation. Granted, "exploration" doesn't have to mean the one big fat environmental mess that springs to mind: offshore drilling. The real exploration can (and must) come in the form of R&D for alternative energy and development of new technology. But drilling is the "logical conclusion" (if oil is expensive to import, let's drill for our own!) and thus sticks in voters' minds as a quick and easy fix (though really, it's not much of a fix at all). As a result, fuel is starting to become a political minefield—as Obama's recent announcement can attest—rather than a chance for the candidates to bring longterm energy policy ideas to the forefront of the debate.