This is not a dream: You can make a chunk of change by writing a Web log 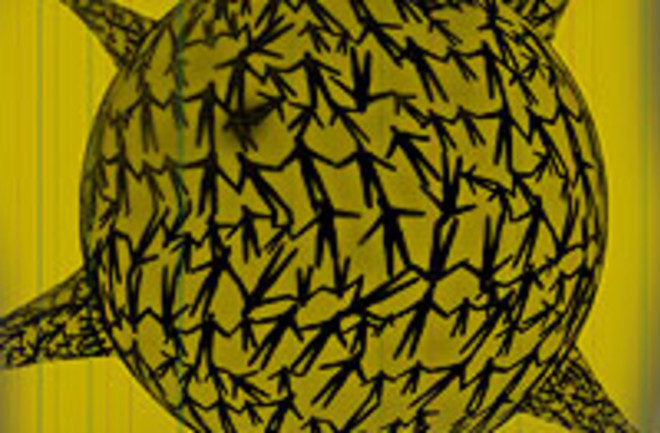 Matt Haughey has a day job as a web designer, but in his spare time he nurtures a borderline obsessive relationship with his TiVo video recorder. So, mostly as a lark, he created a personal Web log (www.pvrblog.com), where he archives TiVo news and offers tips about what he has discovered on the Internet. The day after launching the blog in July 2003, Haughey signed up for an automated service called Google AdSense to run small text advertisements on the site. Each time one of his readers clicks on an ad, Google pays Haughey a small fee. “My goal was to cover the monthly cost of hosting the site—about $20,” he says.

Haughey’s expectations were way off. Soon after the ads began running on the site, he checked his online reports and found that he had made $150 in one day. “I thought to myself, ‘If anyone ever finds out that you can just sit around in your underwear writing a stupid blog and make $150 dollars a day, the world will be ruined,’ ” he jokes. “I mean, money ruins everything, right?”

Not necessarily. We used to measure the impact of the Internet by the vast fortunes made: Amazon’s Jeff Bezos, eBay’s Pierre Omidyar. But those billions were an old story updated for a new medium. Every major media revolution—newspapers, radio, film, television—has created moguls. Now Matt Haughey’s $150 points to another possibility: financial reward for the little guys, the amateurs, and the hobbyists. If you’re looking for a trend that truly suggests the power of this new medium, ignore the twentysomething entrepreneur who just bought his first private jet. Pay attention, instead, to the guy who’s getting his rent money from the Lord of the Rings fan site he maintains.

Why should we care about such small change? Because most of us, whether we recognize it or not, have a passion about something. Maybe you’re an armchair astronomer or a guy who restores 1964–65 Corvettes. Maybe you follow cricket religiously or know more about the Battle of Antietam than academic historians. Or maybe you can wire a home theater system in your sleep. That wisdom may be genuinely useful or interesting to other people, yet chances are you’ve never shared it with more than family and friends.

Now that expertise has a place to go. Bit by bit over the past 10 years, the Web has erected a global platform for personal wisdom. Services like AdSense—along with other advertising outfits, including one called Blogads, which focuses exclusively on blogs—are simply the final plank. You can now compose, design, publish, promote, and make money from your writing without ever leaving your desk. Some high-profile bloggers—particularly in the world of political commentary—have attracted hundreds of thousands of people to their personal sites, making enough money from AdSense or Blogads to quit their day jobs. The liberal commentary site Daily Kos has a monthly audience that exceeds that of venerable magazines like The New Republic and The Nation. But most of the 4.5 million blogs created in the past few years have audiences confined to dozens or hundreds of visitors. That may not sound like a lot, but don’t underestimate the wonder of suddenly having a platform to discuss your Civil War arcana with 500 fellow buffs after years of boring your friends and family to tears. As tech commentator Dave Weinberger astutely puts it, “On the Web, everyone will be famous to 15 people.” The rise of services like AdSense suggests a corollary: Everyone will make 15 extra bucks a day talking to those 15 people.

How do these new advertising systems work? The key to the AdSense program is Google’s ability to analyze the content of a Web page and determine with reasonable accuracy the topics that are crucial to that content. Having this ability, of course, is why Google is so good already at instantaneously delivering pages that match your search requests. AdSense tweaks the original model: Instead of finding Web pages that correspond to a search query, the technology finds Web pages that correspond to advertisements.

Let’s say you’re an advertiser trying to sell a new diet book. You create a brief description of the product with a compelling sales line and a URL pointing to your Web site, and you purchase an ad campaign from Google. Instead of randomly running the book promo on every Web page in its inventory, Google tries to place the ad exclusively on pages that have some semantic connection to food-related issues—health sites, for example, or personal blogs recounting someone’s battle to lose weight. The idea is logical enough. Someone surfing the Internet for information about complex carbohydrates is likely to be interested in a book about diets.

Google tracks more than 4 billion pages on the Web. Say, for the sake of argument, that a million of those mention the word diet, and a thousand of them are devoted almost exclusively to diet issues. Google searches through those thousand pages and identifies the ones that are signed up for the AdSense program. Within a matter of minutes, those specific pages will be running the ads for your new diet book.

From the perspective of someone who signs up to run AdSense on a Web site, the whole system is simple. Once you join the program, you insert a few lines of HTML code in your Web page, and almost instantly advertisements appear on your site. If enough people click on the ads, a check will arrive in the mail a month or two later. Google doesn’t talk publicly about its rates, but individual clicks range from paying out a few cents to a few dollars, depending on what’s advertised. Because the company uses a bidding process to determine click value, topics that have a lot of advertisers are more expensive than less popular topics. Someone selling home video equipment will pay more per click than someone selling used copies of Hegel’s Phenomenology of Spirit.

Google’s ads are smart enough to shift in response to your own changing interests. If Haughey suddenly started posting tributes to the music of Burt Bacharach, the ads would almost immediately start linking to online music sites selling Bacharach records. This may be the most uncanny thing about AdSense: watching the ads shift, chameleon-like, in response to text posted on the site. Shortly after the service was launched, I experimented with it for a few months on my own blog. When I commented on the presidential primaries, the site filled with political ads. When I wrote about editing home movies on my PC, it teemed with ads for digital video recorders. Then one day I posted a short entry about Rush Limbaugh’s battle with the painkiller OxyContin. The next morning I found my blog covered with ads for detox centers.

One of the strange side effects of programs like AdSense is the intrusion of commercial messages into what can be remarkably intimate spaces. Bloggers often post first-person accounts of their life: stories about their kids, their romances, their struggles to find new jobs, or the loss of loved ones. You’re just as likely to find someone writing about a difficult breakup as you are likely to find someone writing a love song to their TiVo. Encountering advertising in that personal space can be unsettling—particularly advertising that contorts itself to match the day’s subject matter. It’s not unlike opening a snail-mail letter from an old friend and having a few supermarket coupons drop out of the envelope.

Of course no one is forcing bloggers to run ads on their sites; many choose to keep free of commercial messages. And in the long run, creating financial rewards for solo publishers is a healthy development for the Web ecosystem. The Blogads service has generated some significant revenue for political bloggers whose sites were swarming with traffic in the election season, but Henry Copeland, the founder of the service, is just as bullish on a few dozen baseball bloggers who pocket up to $200 a month: “My hunch is, in the next year the sports blogs will be where the politics blogs are today.”

Matt Haughey doesn’t quite pull in $150 a day anymore—first-day spikes are not unusual for online ads because the novelty tends to wear off for return visitors to a site—but he’s still making far more money than he initially hoped to make. It’s not enough to quit his day job yet, but that’s partly the point. Most blogs aren’t full-time occupations. They’re hobbies, diversions, places for people to share their wisdom with strangers. Before the Web, finding a venue to write about personal passions was almost impossible. Now you can publish your thoughts to a global audience—and get rewarded for it in the process. Haughey calls the new generation of amateur Web publishers the “thousandaires.” “There are going to be a lot of people making a thousand bucks from writing about stuff that interests them,” he says. “That’s awesome.”