If only publishers would let us cut, paste, forward, and even change their words 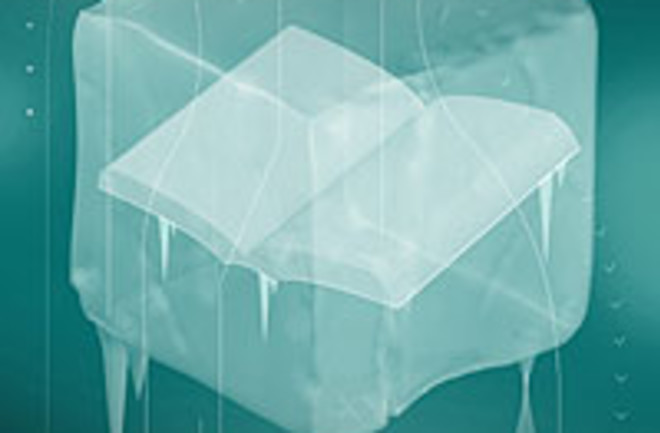 A few weeks ago, I decided on a whim to purchase an e-book online. Some might say my choice of e-book was odd, because I happened to know the author’s work intimately: I downloaded and paid for a digital version of my own book Mind Wide Open.

My goal was not to artificially boost my online sales ranking. I was curious about the whole “user experience” of buying one of my books in digital format, and that included paying $10 for it. Most of all I wanted to have a digital copy of the final text on my computer so that I could do all the things that writers like to do with text on a computer: paste it into e-mail messages, post a paragraph on the Web, grab a few sentences to include in a footnote in a new article.

The typeface and design of my e-book looked delightful on the computer screen. But when I tried to store a paragraph in another file, I found that the software prevented me from copying anything at all.

This restriction is not limited to my e-book alone. I’ve since learned that in just about every e-book you can buy today, publishers restrict your ability to move or manipulate the words in any fashion, other than printing them out. This might not seem like a crucial failing, but in my view it points to a fundamental problem with e-books—and helps explain why they have thus far not achieved the mass-market success of other digital media such as DVDs or MP3 audio files.

The original objection to electronic books revolved around the experience of reading text on a screen. Why would anyone want to stare at a bunch of blurry pixels when they can flip through actual pages of high-resolution type? That objection was more persuasive 10 years ago—before reading text in e-mail messages became as mainstream as watching television, before high-resolution LCD monitors became standard issue, and before laptop computers and personal digital assistants became less cumbersome than most books. These days many of us spend entire days reading text on a computer screen, including online articles, Web logs, or blogs, business plans, and instruction manuals. Why not books?

The answer, I believe, is that reading electronic text is more of a dynamic process than reading traditional books—it’s more participatory. Manipulation is the raison d’être of digital text. Think of all the ways we handle text using the open architecture of e-mail: copying, pasting, quoting, forwarding, linking. The power of words on a screen is that they can be moved in an instant—stashed in a file of important quotes you keep, posted to your blog, or forwarded to a list of your closest friends. You can store a thousand separate diary entries on your computer and search through them all in a matter of seconds, looking, say, for a specific reference to a hotel you stayed at five years ago. You can grab a recipe for chicken casserole and forward it to a friend in Australia while you’re still on the phone with her. The Internet has thrived because each Web page connects to a world of related information. You don’t so much consume information online as navigate through it. If the article on your screen doesn’t satisfy your needs, there’s always the chance that it will point you toward one that will.

Compared with this dynamic world of networked text, most commercial e-books are like artifacts trapped behind bulletproof glass in a museum. You can look, but you can’t touch. Just about any software application that involves text will let you copy and paste. Not e-books. That’s because the publishing industry is afraid of a literary version of Napster.

The restrictions built into e-books are part of an important development that lies at the intersection of culture and software: digital rights management. When you buy a song online that can be played only on an authorized computer or rent a DVD that has been encrypted to prevent it from being copied to a hard drive, you’re dealing with the long arm of digital rights management. At times, the debate over intellectual property in the Internet age evokes an intensity that rivals the debate over abortion. Some people argue that illegal file sharing will destroy popular entertainment as we know it, and others argue that any form of digital rights management is a weird fascism restricting the free flow of information. I have always favored a middle position: A little digital rights management seems appropriate (as someone who makes a living by selling books, I can appreciate the need to keep piracy in check), but I’m opposed to restrictions that end up altering the nature of digital materials.

When publishers go out of their way to keep readers from interacting with digital text, they are literally stripping away its essence. The result is a crippled form that has no capacity for manipulation and little portability. Alternatively, it would be easy enough to allow some form of text copying that would protect against piracy. Some publishers allow readers to copy one page of text at a time. A better solution is to allow only a specific percentage of text in an e-book to be copied, the way the digital rights management of music limits the number of computers that can play a given song. If you copied, say, more than 10 percent of a book, your privileges would be revoked. Your right to borrow and transform is enshrined in the fair use provisions of copyright law, and digital text should make that right easier to exercise.

Most e-books offer a few crumbs: You can search the contents of a single book, and you can jot down notes in the virtual margins. But think of all the uses a more open format would allow. Committed readers could write and share companion notes for books, explaining or arguing with the original text, like the commentary tracks offered by many Hollywood DVDs. You could assemble a personalized Bartlett’s Familiar Quotations, built entirely out of passages from books that moved you. Intelligent software could monitor your e-book library and notify you of passages related to the business plan or legal document you’re reading. Digital books could be laced with hyperlinks to breaking news that enhances—or subverts—the author’s original argument. Or they could become a venue for discussion, hosting a permanent reading group that comments on and debates each chapter.

Authors, too, could benefit. Cory Doctorow, a writer and intellectual property activist, has released the text of his first science-fiction novel, Down and Out in the Magic Kingdom, under a new license that goes by the somewhat awkward name “Attribution-NonCommercial-ShareAlike.” People anywhere in the world are free to take the text of Doctorow’s novel and transform it in any way they want, as long as they credit the original work and don’t try to make money off their version, which must be offered to the rest of the world under the same license. The result has been a flurry of adaptations. Some are genuinely useful, including translations into Spanish, audiobook versions, and a version optimized for speed-reading. Others are less than useful but entertaining. My favorite is a version that has been translated from English to French to German and then back to English using the Babelfish auto-translation software. The resulting text reads exactly like Doctorow’s book—if Doctorow were a borderline psychotic who knew English as a third language.

Embracing open licensing is not necessarily an act of charity. For certain authors, there’s a commercial logic behind this approach. What they lose in sales, they gain by having their ideas circulate through a much larger audience and by empowering that audience to actively engage with the text. By widening their audience, they may get more sales for subsequent books, more television or radio appearances, or more gigs on the lecture circuit. Doctorow now has people reading him in Spanish and listening to his words while driving their cars, thanks to his open license. In a sense, an author can take money out of the sales proceeds from one specific package of words and invest that money in widening the range of his influence.

So that’s why I resent the limitation of not being able to copy text in an e-book. We sometimes say that a screen of text that can’t be manipulated is “frozen.” It’s an apt metaphor. There can be great beauty in the frozen world: Snow crystals and ice sculptures come to mind. But when you raise the temperature and shift into the more dynamic, open-ended state of liquid water, you get something richer and more surprising: life.