Your social life will never be the same, thanks to a digital service called Dodgeball 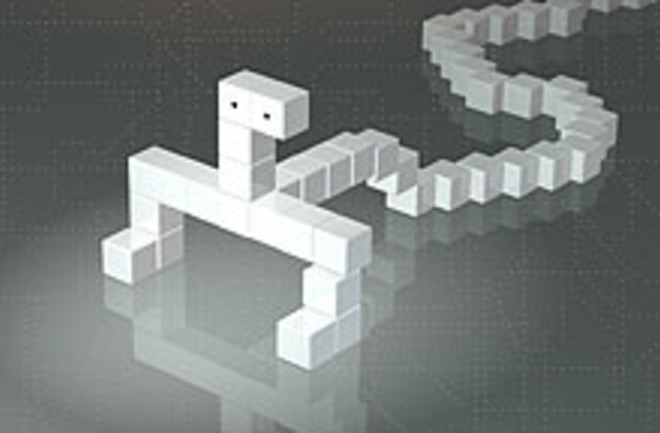 If you’ve ever lived in a big city, chances are you know the feeling: You’re walking around downtown with a few hours to spare at the end of the day, and you know that somewhere nearby—perhaps only a few blocks away—there’s a great bar or café that’s packed with interesting people. If it’s your hometown, you might even suspect that a few of your friends, or friends of your friends, are hanging out there. But there’s no easy way to find it, other than by roaming the streets and peering into windows.

This is what economists would call an inefficient market. You have, on the one hand, a service that the city provides: bars and cafés filled with cool people. And you have a buyer willing to pay for that service. Yet most of the time, the buyer ends up schlepping home unsatisfied because there’s no way to connect with the service he seeks.

A pair of tech-savvy twentysomethings named Dennis Crowley and Alex Rainert created a solution to this problem. They call it Dodgeball. The service is a mix of social network tools (à la Friendster), simple cell phone messaging, and mapping software. Dodgeball has a playful, hipster veneer, but the underlying premise behind the service gives a fascinating glimpse of the way mobile wireless computing promises to transform city life.

Most of Dodgeball’s interactions rely on the basic text-messaging features built into modern cell phones. You sign up for the service and identify other members who are your “friends.” The next time you find yourself with a few hours to spare, you send a text message to Dodgeball specifying your location, and the service sends back a reply notifying you if any friends, or friends of friends, are within 10 blocks of you. Walking in downtown Manhattan, you’ll get a message saying that Danielle is at the Mercer, while Chris and Dan are at Luna Lounge. Or you can “announce” your own plans, notifying all your nearby acquaintances that you’ve just stopped in for a coffee at Le Figaro Café. Dodgeball even lets you define “crushes” that have a special weight on the system. If you’ve got your eye on a girl you met at the last White Stripes concert, you can set up Dodgeball to send you an alert whenever she’s hanging out within a few blocks of you.

If this sounds like a Friends version of 1984—in which Big Brother is replaced by that creepy guy you met at the White Stripes concert who keeps stalking you every time you sit down for coffee—keep in mind that Dodgeball only knows where you are when you choose to announce your presence. You can’t be “seen” by other members until you’ve sent a text message alerting your friends and crushes that you’re at a specific location. And you can always make yourself invisible to an unwanted admirer. Dodgeball, in other words, is governed by what marketers call “opt in” surveillance. So far, the service has been rolled out in 22 cities, including New York, San Francisco, Los Angeles, Chicago, Washington, Boston, and Seattle. Earlier this year, Crowley and Rainert announced that they had sold their two-person company to Google—so integration with the popular GoogleMaps feature can’t be far behind.

There’s a fundamental equation to how Dodgeball works in practice: The more dense the urban environment, the more valuable the service becomes. No one will sign up for Dodgeball in a one-Starbucks town. The ideal environment for Dodgeball is one where there are dozens of potential hangout spots within a few blocks of where you are and thousands of potential people to hang with. And you only get those sorts of environments in big cities. The bigger the city, the more likely it is that you’ll be able to find just the right clique because the overall supply of social groups and watering holes is so vast. It’s easy to imagine the model extended beyond your immediate social network into more narrow needs: Find all the Civil War buffs within 10 blocks of me, or Jungian psychoanalysts, or native Portuguese speakers. Or you could query for specific services that require in-person encounters: Find me the nearest bowl of vichyssoise, or an available masseuse, or that most pressing of urban needs—an empty taxi.

Urban theorist Jane Jacobs observed many years ago that, paradoxically, huge cities create environments where small niches can flourish. A store selling nothing but buttons most likely won’t be able to find a market in a town of 50,000 people, but in New York City, there’s an entire button-store district. Subcultures thrive in big cities for this reason as well: If you have idiosyncratic tastes, you’re much more likely to find someone who shares those tastes in a city of 9 million people. As Jacobs wrote in The Death and Life of Great American Cities, originally published in 1961: “Towns and suburbs . . . are natural homes for huge supermarkets and for little else in the way of groceries, for standard movie houses or drive-ins and for little else in the way of theater. There are simply not enough people to support further variety, although there may be people (too few of them) who would draw upon it were it there. Cities, however, are the natural homes of supermarkets and standard movie houses plus delicatessens, Viennese bakeries, foreign groceries, art movies, and so on, all of which can be found co-existing, the standard with the strange, the large with the small. Wherever lively and popular parts of cities are found, the small much outnumber the large.”

The small greatly outnumber the large on the Internet as well. Just think of eBay’s original target audience: people who buy and sell Pez dispensers—about as niche as it gets. Online bookstores like Amazon can maintain vast inventories of lesser-known titles because they don’t have the real estate constraints of traditional bookstores and because the Internet makes it so much easier to find the niche readers who will buy those books. The hot buzzword for this trend is “long tail” economics; instead of concentrating exclusively on big mass hits, online businesses can target the long tail of quirkier fare. In the old model, the economics dictated that it was always better to sell a million copies of one album. But in the digital age, it can be just as profitable to sell a hundred copies each of a thousand different albums.

Dodgeball suggests an intriguing twist on long tail theory. As the technology increasingly allows us to satisfy more eclectic needs, any time those needs require a physical presence—whether it’s sipping your cold soup or meeting your crush in a bar—the logic of the long tail will favor urban environments over less densely populated ones. If you’re downloading the latest album from an obscure Scandinavian doo-wop group, geography doesn’t matter: It’s just as easy to get the bits delivered to you in the middle of Wyoming as it is in the middle of Manhattan. But if you’re trying to meet up with other fans of Scandinavian doo-wop, you’ll have more luck in Manhattan.

The irony, of course, is that digital networks were supposed to make cities less attractive, not more. The power of telecommuting and instant connectivity was going to make the whole idea of densely packed urban cores as obsolete as the walled castle cities of the Middle Ages. Why would people crowd themselves into harsh, overpopulated environments when they could just as easily work from their homestead on the range? But as it turns out, many people actually like the density of urban environments, precisely because they offer diversity: Peruvian/Japanese fusion restaurants, live performances by Scandinavian doo-wop bands, a thousand quirky bars and cafés teeming with potential friends and crushes. As technology increases our ability to find these long tail interests, that kind of density is going to become increasingly attractive. The long tail may well lead us away from the dominance of mass hits and pop superstars toward quirkier tastes and smaller artists. But it may also lead us to bigger cities.