Elon Musk's Hyperloop: A Pragmatic Vision of the Future

Billionaire entrepreneur Elon Musk unveiled his vision for Hyperloop in the hope that someone else would build it. 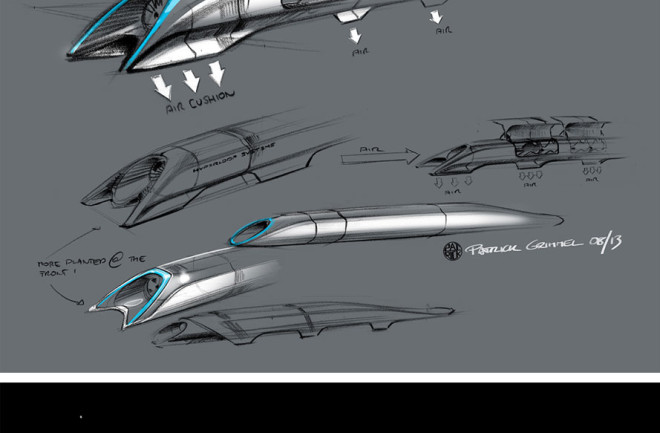 Los Angeles to San Francisco in 30 minutes? In August, billionaire entrepreneur Elon Musk announced his vision for Hyperloop, a levitating train that would shoot through a low-pressure, above-ground tunnel at 760 mph. Musk is famous for futuristic transit, such as his electric car company Tesla Motors and commercial space travel business SpaceX. But he has no intention of building a functional Hyperloop. His aim was to generate buzz with the idea, in the hope that others would develop and build it.

The technology itself is old news. In 1972, Rand scientist R.M. Salter Jr. proposed a magnetically levitated train to blast through an airless underground tunnel from Los Angeles to New York at thousands of miles per hour. As far back as 1904, rocket inventor Robert Goddard outlined a similar transport system.

But Musk’s proposal is innovative — for its restraint. Salter and others wanted to propel trains through a near-perfect vacuum, though tubes would be prone to frequent leaks. Musk proposes a partial vacuum, lowering air resistance enough to increase efficiency without making tubes nearly impossible to maintain. His Hyperloop would be limited — at distances over 900 miles, he maintains, supersonic flight would be faster and cheaper. SpaceX gave Musk a reputation for brashness. The Hyperloop may give him one for pragmatism.

[This article originally appeared in print as "A Loop Back to the Future."]