Electronic tongue can distinguish between 51 types of beer. 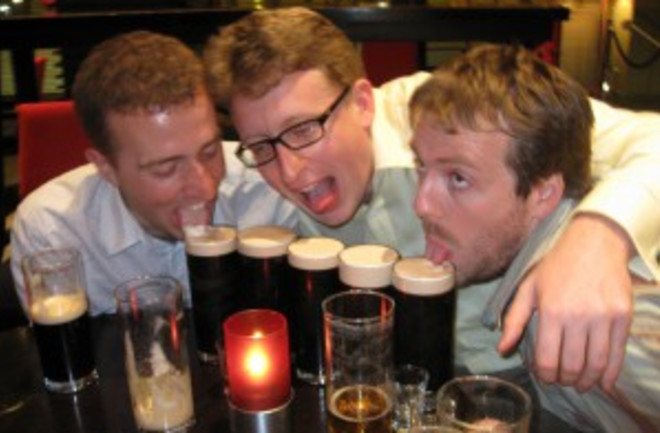 Photo: flickr/David, Bergin, Emmett and ElliottWish your tongue didn't have to work so hard? Behold, an electronic tongue (actually an array of ion-sensing electrodes), capable of distinguishing between 51 different kinds of beers with 81.9% accuracy and even predicting alcohol content. So the next time someone at a party hands you a red cup full of who-knows-what, just pull out your electronic tongue. You'll be the life of the party.Beer classification by means of a potentiometric electronic tongue. "In this work, an electronic tongue (ET) system based on an array of potentiometric ion-selective electrodes (ISEs) for the discrimination of different commercial beer types is presented. The array was formed by 21 ISEs combining both cationic and anionic sensors with others with generic response. For this purpose beer samples were analyzed with the ET without any pretreatment rather than the smooth agitation of the samples with a magnetic stirrer in order to reduce the foaming of samples, which could interfere into the measurements. Then, the obtained responses were evaluated using two different pattern recognition methods, principal component analysis (PCA), which allowed identifying some initial patterns, and linear discriminant analysis (LDA) in order to achieve the correct recognition of sample varieties (81.9% accuracy). In the case of LDA, a stepwise inclusion method for variable selection based on Mahalanobis distance criteria was used to select the most discriminating variables. In this respect, the results showed that the use of supervised pattern recognition methods such as LDA is a good alternative for the resolution of complex identification situations. In addition, in order to show an ET quantitative application, beer alcohol content was predicted from the array data employing an artificial neural network model (root mean square error for testing subset was 0.131 abv)." Related content: NCBI ROFL: Beer Consumption Increases Human Attractiveness to Malaria Mosquitoes.NCBI ROFL: Beer gushing: a global threat.NCBI ROFL: Beer consumption and the 'beer belly': scientific basis or common belief?