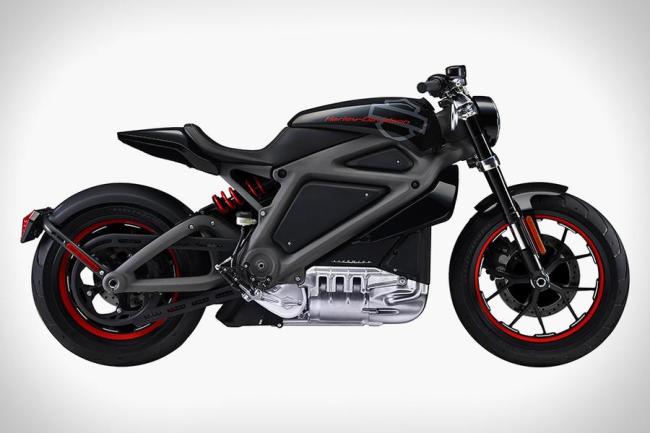 It may not have that same attention-grabbing roar, but Harley's latest motorcycle has lots of other things going for it: for starters, a non-existent appetite for gasoline. It's being called Project LiveWire – the first Harley-Davidson electric motorcycle, which was announced publicly in June. The bike, which is battery-powered with an electric motor, isn't the first entrant into the market of electric motorcycles. Manufacturers Zero Motorcycles and Mission Motors have been producing electric motorcycles for a while, Businessweek points out. But Harley's entrance promises a wider spread of the technology, which has been slower to catch on than in cars.

The LiveWire boasts a 74 horsepower motor – beating by a fair bit the Prius's 60 hp. According to Popular Science the bike can go 53 miles between charges and takes just 3.5 hours to charge on a 220-volt outlet. And it can hit top speeds of 92 mph – not too shabby. It's not got the grit of a traditional Harley. But, Businessweek says, the company may be taking aim at a non-traditional demographic:

Electric motorcycles are much less intimidating for a novice rider, since they lack the distraction of a clutch and gears. Motorcycle makers, Harley included, are desperately trying to reach women and younger buyers who may lack the traditional rider’s bias toward gas-powered vehicles.

Harley's marketing efforts definitely play up a youthful, hip appeal. “Project LiveWire is more like the first electric guitar – not an electric car,” Mark-Hans Richer, Senior Vice President and Chief Marketing Officer of Harley-Davidson, said in a statement. “It’s an expression of individuality and iconic style that just happens to be electric." And it's taking a well-known fast track to iconography: Hollywood. The LiveWire will appear in Marvel’s Avengers: Age of Ultron film slated to hit theaters in May 2015, the Milwaukee Business Journal reports. And for now, the silver screen may be your best look at the bike. It's not on sale; for the time being Harley plans to tour the bike to dealerships around the U.S. and solicit feedback from riders. Price details haven't been disclosed. To see the bike in action, check out the video below: