Ebooks: More Boon to Literacy Than Threat to Democracy

The New York Times and magazines such as DISCOVER

, which also hosts his blog, The Loom.

He is the author of 12 books, the most recent of which is Science Ink: Tattoos of the Science Obsessed. 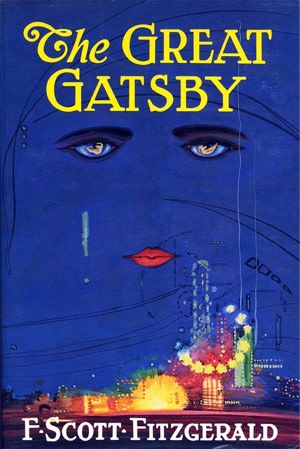 It's been nearly 87 years since F. Scott's Fitzgerald published his brief masterpiece, The Great Gatsby. Charles Scribner's and Son issued the first hardback edition in April 1925, adorning its cover with a painting of a pair of eyes and lips floating on a blue field above a cityscape. Ten days after the book came out, Fitzgerald's editor, Maxwell Perkins, sent him one of those heart-breaking notes a writer never wants to get: "SALES SITUATION DOUBTFUL EXCELLENT REVIEWS." The first printing of 20,870 copies sold sluggishly through the spring. Four months later, Scribner's printed another 3,000 copies and then left it at that. After his earlier commercial successes, Fitzgerald was bitterly disappointed by The Great Gatsby. To Perkins and others, he offered various theories for the bad sales. He didn't like how he had left the description of the relationship between Gatsby and Daisy. The title, he wrote to Perkins, was "only fair." Today I decided to go shopping for that 1925 edition on the antiquarian site Abebooks. If you want a copy of it, be ready to pay. Or perhaps get a mortgage. A shop in Woodstock, New York, called By Books Alone, has one copy for sale. The years have not been kind to it. The spine is faded, the front inner hinge is cracked, the iconic dust jacket is gone. And for this mediocre copy, you'll pay a thousand dollars. The price goes up from there. For a copy with a torn dustjacket, you'll pay $17,150. Between the Covers in Gloucester, New Jersey, has the least expensive copy that's in really good shape. And it's yours for just $200,000. By the time Fitzgerald died in 1940, his reputation---and that of The Great Gatsby---had petered away. "The promise of his brilliant career was never fulfilled," The New York Times declared in their obituary. Only after his death did the novel begin to rise to the highest ranks of American literature. And its ascent was driven in large part by a new form of media: paperback books. Paperbacks had skulked around the book business in the early 1900s, a crude format used mostly for pulp fiction. By the 1940s, however, paperbacks had gone legit. Printers had developed rugged, lightweight books held together by glue instead of stitching. Publishers like Penguin began to publish literature, including Fitzgerald's work. The Armed Service Editions distributed 150,000 copies of The Great Gatsby to soldiers, and those uniformed readers recognized a great book for what it was. By the 1960s, it was a staple of high school English classes. I can remember getting my copy in 1980, that same pair of hovering eyes looking out the way they had 55 years earlier. To read the 1925 edition would have been a much more luxurious experience, at least if my copy was still in good shape. The ubiquitous paperback is small, and its pages turn yellow fast. But it gets its essential job done: it lets people discover Fitzgerald's great story. And it does so on a staggering scale. Instead of a handful of exquisitely expensive hardbacks, there are millions of cheap Gatsby paperbacks in the world. My hunt for the hardcover Gatsby was inspired by the novelist Jonathan Franzen, who spoke earlier this week at the Hay Festival in Cartagena, Colombia. As Anita Singh reported in The Telegraph, Franzen delivered a rant against e-books.

I think, for serious readers, a sense of permanence has always been part of the experience. Everything else in your life is fluid, but here is this text that doesn't change...The Great Gatsby was last updated in 1924. You don't need it to be refreshed, do you?

It's possible that Franzen's full speech was nuanced, thoughtful, and persuasive. I'd like to give him the benefit of the doubt, since I'm a longtime fan of his work. I first discovered Franzen through his 1992 book,

which he wrote long before he became a household name. He folds geology elegantly into the plot, which makes him an honorary science writer in my book. But if Singh's report is accurate, I'm afraid that in this case Franzen's just cantankerously wrong. Franzen seems convinced that ebooks are about to drive print books extinct. That's a bad thing, he thinks, because ebooks are so fluid.

Maybe nobody will care about printed books 50 years from now, but I do. When I read a book, I'm handling a specific object in a specific time and place. The fact that when I take the book off the shelf it still says the same thing---that's reassuring. Someone worked really hard to make the language just right, just the way they wanted it. They were so sure of it that they printed it in ink, on paper. A screen always feels like we could delete that, change that, move it around. So for a literature-crazed person like me, its just not permanent enough.

He even thinks that democracy itself could be at risk.

Will there still be readers 50 years from now who feel that way? Who have that hunger for something permanent and unalterable? I don't have a crystal ball. But I do fear that it's going to be very hard to make the world work if there's no permanence like that. That kind of radical contingency is not compatible with a system of justice or responsible self-government.

To make the world work? I see the planet freezing in its rotation, governments reduced to hordes of zombies, all because the Kindle doesn't feel quite substantial enough for Franzen. Let's leave aside these strange apocalyptic ramblings. Let's also leave aside the fact, as Rebecca Greenfield notes

in The Atlantic, that a sizeable fraction of the copies of Franzen's blockbuster hit Freedom are digital. We're still left with a romantic revisionism. Books were not frozen solid before the invention of the Kindle. Charles Darwin, for instance, rushed out The Origin of Species in 1859 in a fit of desperation, his hand forced by Alfred Russel Wallace's near-simultaneous discovery of evolution. Darwin was not terribly happy with how the book turned out, and so he continued to revise it for decades

, churning out six editions all told. He was perpetually adding clarifications, correcting typographical errors, removing arguments that he no longer liked. A century before computers, Darwin could not resist the urge to "delete that, change that, move it around." And despite Darwin's ebook-like compulsion to alter his own text, he still managed to establish the foundation of modern biology. It's certainly true that ebooks are an awkward young format that's still sloppy and hard to manage. There are plenty of fly-by-night ebook editions of Fitzgerald's writing, panned in customer reviews for their sloppy formatting. But you can also buy a Kindle edition of The Great Gatsby from, yes, Scribner

---the same house that originally published the book in hardback. Rather than set the world on fire with radical contigency, I expect that ebooks will follow much the same trajectory as paperbacks. They will start out being frowned upon as shabby, and then they will deliver literature conveniently to millions of people who might not otherwise have read it. In fact, I just discovered to my surprise that I no longer have my paperback copy of The Great Gatsby. It must have disappeared on one of my moves. To fill the gap, I've downloaded an ebook version, which I'm looking forward to rereading this evening. And for that, whether he likes it or not, I have Franzen to thank.