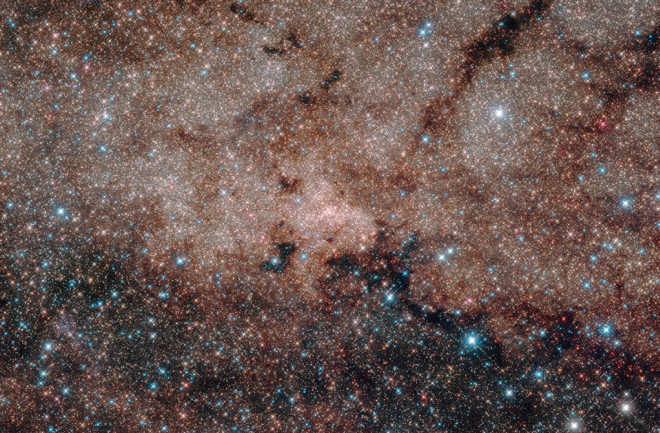 A recent study by The New World Atlas of Artificial Sky Brightness, found that 80 percent of Americans can’t see the Milky Way. Drones might change that. (Credit: NASA, ESA and Hubble Heritage Team) Drones now have another crucial use: monitoring light pollution. At the 2016 U.K. National Astronomy Meeting, astronomers from Nottingham Trent University presented a small device that will independently map and control the luminous haze — and it’s light enough to be a drone payload. You know when you’re in a populated area, straining your eyes to see stars at night, but for some reason all you end up seeing is a consistent, dim glow? Well, the abundant artificial light of modern living prevents the night sky from growing truly dark. This is light pollution. The Sky Quality Monitoring device (SQM), an autonomous charting tool, can map the sky to show light-polluted areas. Its small size and low weight allows it to be mounted to a drone and easily deployed to gather its data, which is stored on an SD card. SQM is built to be pretty hands-off. The operator can just place the SQM device on a drone, turn it on, and begin collecting data for an illumination map, says Ashley Fuller, student at Nottingham Trent and SQM team lead.

The core components of the new Sky Quality Monitoring (SQM) device. The mount is made out of 5mm Acrylic, which was laser cut and then put together. The final design might look different than this version. (Credit: Daniel Brown, Nottingham Trent University) Fuller says the SQM will be mounted to a quadcopter, and he hopes the system deploys within the next few months. The team encountered a few difficulties when first mounting SQM to a drone, including cables interfering with the props. After a few more tests, they decided to simplify the mounting design and only use the top portion of the original mounting system. This allows the mount to still control the altitude angle, while the drone’s movement controls the yaw (moving left or right). Currently, alternative monitoring methods include determining the dimmest object visible in the sky with cameras (dimmer objects can be seen only in darker skies) or using citizen scientist apps made for smartphones, tablets, or computers. The sky is measured in magnitudes per square arcsecond, a standard metric of an astronomical object’s brightness — allowing researchers to capture quantitative data. “The night sky is a vital part of our heritage and one that we should strive to protect,” said Fuller in a statement. “With a drone-mounted autonomous system, we can quickly gather the evidence we need to show where the problem is worse, and on a more positive note, find out where people can see the best views of the stars.”­­

Nothing to Make Light of

According to a recent study by The New World Atlas of Artificial Sky Brightness, about 33 percent of the globe and 80 percent of Americans can’t see the Milky Way. Many people either have never experienced the dazzling river of stars or have to travel to more remote areas, like national parks, to see it. Now it might not sound like a serious problem, but there’s much more to light pollution than not being able to see the Milky Way. The natural world exists in a delicate equilibrium — and a brighter sky can tip that balance. All forms of life, all the way down to the behavior of insects, are dramatically affected by light pollution.

A sky map taken using the data collected from a calibration light source. The visualization shows the distribution of light in one hemisphere and represents essentially a fish eye view of all of the sky. (Credit: Ashley Fuller, Nottingham Trent University) “Beyond stargazing, ecologists are concerned about light pollution affecting nocturnal creatures,” Korey Haynes, associate editor of Astronomy magazine, says. “It throws off all your nocturnal hunting and hiding if nothing is truly dark.” This might impact humans, too, she says. But thanks to drones and this new, compact device, controlling light pollution is much more attainable. Drones allow easy access to locations across the globe that are often inaccessible to people. SQM and unmanned aerial tech will help astronomers construct a comprehensive illumination map in a significantly shorter amount of time. Fuller hopes that educational institutions will see the SQM as an interesting technique to explore and quantify light pollution. His team can also picture national park rangers integrating SQM-equipped drones on-site. Haynes says it helps to make sure “the lights illuminate only the ground around them, instead of every which way.” So until the light pollution fighting drones make a dent, you can always write to your local government officials about the importance of heading to the dark side and aiming industrial lights down. You might just catch a glimpse of a few extra stars. Take a look at a global map of light pollution, which is featured as NASA’s astronomy picture of the day.