Drones Could Be a Game-Changer for the African Continent 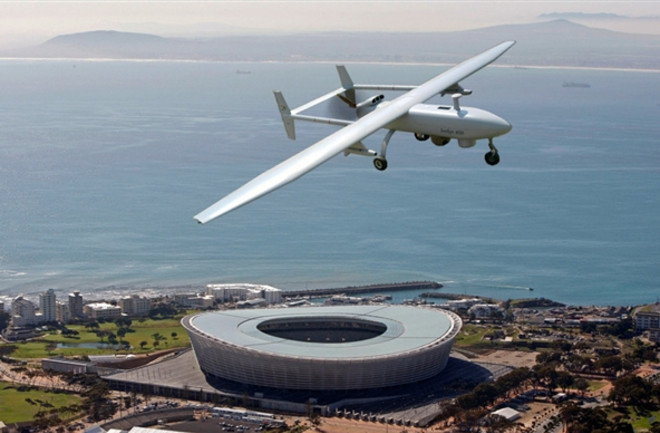 They are called unmanned aerial vehicles but are better known as drones. These are small aerial vehicles with fixed wings or small rotors, are usually powered with batteries, and equipped with a high resolution camera.

Drones range in cost from $99 to tens of thousands of dollars. But they are truly a disruptive technology in that they can do what piloted airplanes can but in cheaper, better, and – in many cases – more efficient ways.

In fewer than five years we will see unmanned aerial vehicles being flown on a myriad of missions doing good. They can be a game-changer on the African continent.

As part of ongoing experimentation at the University of Maryland, we have been flying small unmanned aerial vehicles in southern Africa for more than two years. We have found that they can be used in a number of practical ways in the medical field, agriculture, tourism and to protect the environment.

Drones have already shown their effectiveness in combating rhino and elephant poaching. Equipped with thermal imaging cameras and absolutely silent, drones can see animals and poachers in the bush at night.

But there are a range of other uses drones can be put to. They can be used for precision agriculture to help farmers decide when and where to apply fertilizer or irrigate crops. Drones are also great for monitoring the depths of water holes.

From Fences to Firefighting

We have found that unmanned aerial vehicles can be used to monitor fence lines so that instead of having individuals driving for hours every day to inspect the integrity of a fence, a low-flying unmanned aerial vehicle can videotape and analyze the structure of a fence in under an hour. If there are breaks in the fence, the drone’s computer can geotag the exact location.

In one park location we used an unmanned aerial vehicle instead of having two rangers drive the entire length of the fence. This resulted in savings of 13 gallons of fuel a day. When calculated over a year the savings in fuel paid for the drone.

An unmanned aerial vehicle can also be dispatched when smoke is sighted in the sky. It can provide live video of a possible fire in minutes when it could take rangers several hours to drive to the location. This use has been exceptionally powerful both during the day and at night.

There are also many ways that drones can be used to provide benefits to eco-tourists visiting lodges. Rather than driving around for hours looking for animals, the unmanned aerial vehicles can be dispatched to fly in front of a safari vehicle to scan the area for sightings. Happy tourists are likely to recommend a lodge to future visitors.

Finally, we are working on a project to use longer range unmanned aerial vehicles for flights of up to 18 miles to deliver medicines to remote villages. High-value but lightweight medicines are the perfect items for delivery by drones. This could be extraordinarily important to areas that may be cut off during the rainy season.

Like many places around the world, the development of unmanned aerial vehicle technology has unfortunately outpaced the regulatory capability of national governments. As a result it is very difficult to obtain official permission to fly a drone – for any reason – in any African country. For example, the Kenyan government has refused to grant permission to fly unmanned aerial vehicles in the highly threatened Tsavo West National Park.

Where we have tried to fly unmanned aerial vehicles, we have had to get permission from the host nation’s civil aviation authority, the national and local police, the military – usually the air force – and the intelligence community. The ministry of environment or tourism also has to be approached, but is usually the easiest place to obtain clearance to fly.

These efforts require many visits to Africa, countless forms that must be filled in, dozens of meetings with government agencies, and – in most cases – a denial based on an ill-informed understanding of unmanned aerial vehicle technology. Months and years have been wasted while the needs of many remain unmet.

Drones are a tool, nothing more. When used appropriately, they are a valuable tool with tangible benefits. Thirty years ago people feared computers but now the cellphone has become ubiquitous. Drones will soon become just as common for the good of the continent.