Drones Are a Greener Way to Receive Packages 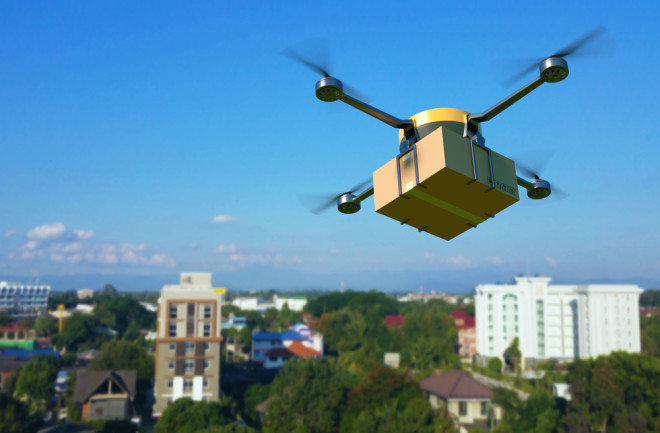 Compared to delivery methods (conventional aircraft, rail and truck), delivery drones like this illustrated one could actually benefit the environment. (Credit: Shutterstock) One annoyance of ordering items from the internet is waiting for delivery. That's why many companies are set on making sure you get your items as quickly as possible — like Amazon Prime's free two-day shipping. But shipping, especially fast, comes at an environmental cost. Previous studies have shown that moving goods by conventional aircraft is four times more carbon-intensive than by truck, which is 10 times more carbon-intensive than rail. Since many companies including Amazon, UPS, Boeing and Flirtey are working toward adding drones to speed up the delivery process and greenhouse gases are releasing into Earth's atmosphere at an alarming rate, it's important to look at the potential environmental footprint of delivery drones.  A group of researchers released a study Tuesday in NatureCommunications that looks at energy use and greenhouse gas emissions of drone deliveries. Using a model, they found there could be environmental benefits to using drones versus trucks in some scenarios.

Joshuah Stolaroff , of the Lawrence Livermore National Laboratory, and colleagues found that drones will consume less energy per package per kilometer (just more than half a mile) than diesel-powered trucks. Unfortunately, drones are currently limited to flying short distances due to battery life limitations. Since they can't travel very far that could mean more storage warehouses would be necessary. Of course, adding warehouses throughout the U.S. would increase energy consumption and greenhouse gases. Still, their findings show that small drones delivering packages weighing less than 1.1 pounds would produce lower greenhouse gas emissions and demand for energy than delivery by trucks. For packages weighing about 17 pounds, drones would produce 10 percent lower greenhouse gas emissions than a truck delivery in California — but emissions were 50 percent higher than truck delivery in Missouri. To create their model, researchers measured the energy use and performance of two drones: 3D Robotics’ Iris, a small quadcopter that can carry up to 1.1 pounds, and the Turbo Ace’s Infinity 9, a large octocopter that can carry almost 18 pounds. “Although drone-based package delivery faces many technological challenges, safety issues, regulatory concerns, and system uncertainties, in this initial estimate we find significant promise in the use of drones to reduce energy use and greenhouse gas emissions in the freight sector compared with traditional pathways,” wrote the authors. In order for drones to deliver environmental benefits, the authors urge regulators and firms to minimize the number of additional warehouses and limit the size of drones used.