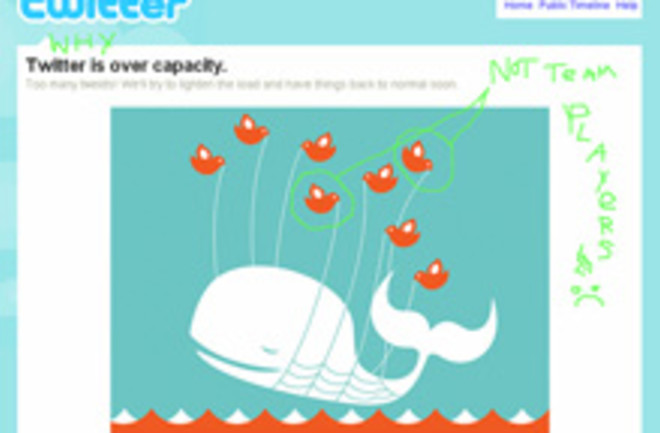 Yes, according to new research out of Harvard Business Review. Study authors Bill Heil and Mikolaj Piskorski found that of their sample of 300,542 Twitter-ers, collected in May 2009, "the median number of lifetime tweets per user is one. This translates into over half of Twitter users tweeting less than once every 74 days." So who's writing all the tweets? A mere 10 percent of users, say the researchers—making it a far cry from average social networks, where the top 10 percent of users create only 30 percent of the content. There's also the possibility the numbers are being swayed by "the large number of bored-user and spam accounts" on the site, suggests Silicon Alley Insider's Nicholas Carlson. To top it all off, there's apparently a nice, juicy gender divide forming on the world's most popular micro-blog:

Although men and women follow a similar number of Twitter users, men have 15% more followers than women. Men also have more reciprocated relationships, in which two users follow each other. This "follower split" suggests that women are driven less by followers than men, or have more stringent thresholds for reciprocating relationships. This is intriguing, especially given that females hold a slight majority on Twitter: we found that men comprise 45% of Twitter users, while women represent 55%. To get this figure, we cross-referenced users' "real names" against a database of 40,000 strongly gendered names. Even more interesting is who follows whom. We found that an average man is almost twice more likely to follow another man than a woman. Similarly, an average woman is 25% more likely to follow a man than a woman. Finally, an average man is 40% more likely to be followed by another man than by a woman. These results cannot be explained by different tweeting activity—both men and women tweet at the same rate.