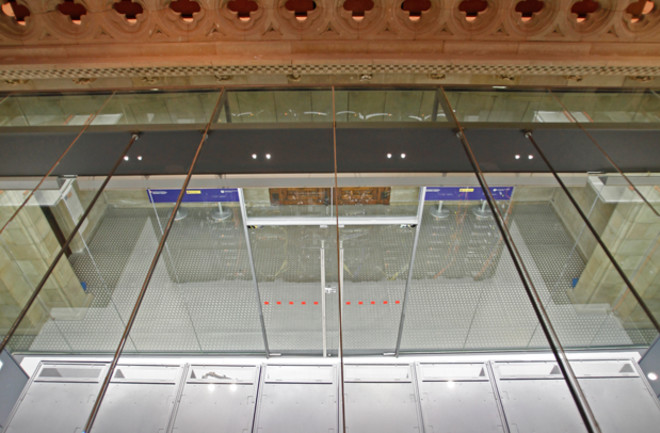 The Moment The Mare-Nostrum supercomputer at the Barcelona Supercomputing Center takes center stage in a former chapel, which proved the perfect size to accommodate the 44-ton data cruncher. The world’s fourth most powerful computer at the time of its construction in 2004, MareNostrum (Latin for “our sea”) now ranks 118th.Sic transit gloria mundi—"Thus passes the glory of the world."

Its 10,240 processors carry out up to 94 trillion calculations per second as it models climate change, gene-therapy techniques, and the formation of galaxies.

The Shot Photographer Susanna Sáez Catllà used a Canon EOS 5D Mark II with a 16–35mm lens to capture this view from a walkway overlooking the supercomputer.