Disney Lets Kids Create and “Ride” Their Own Roller Coaster 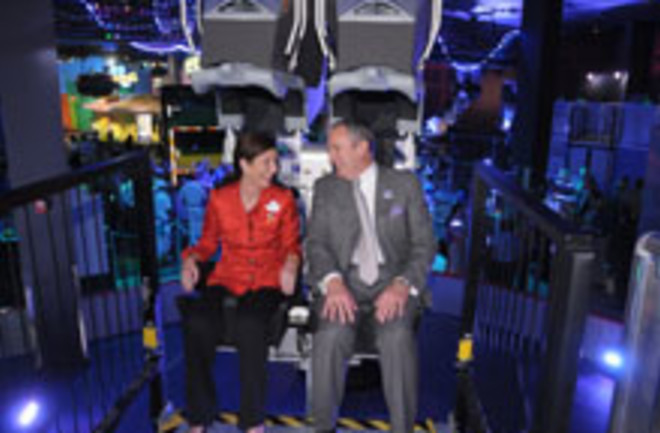 In our increasingly digital world, the old school theme parks are rushing to catch up to computerized games—including by giving visitors the power to create their own rides. This week, Disney’s Epcot Center opened the virtual ride "Sum of All Thrills," which will not only let kids pick the theme of their ride, but will let them design the nuts and bolts too. CNNreports:

Kids design their experience on touch-screen computers, using a digital ruler and pre-selected track options to construct their rides. If a person tries to build something physically impossible -- a hill that's too steep for the cars to climb, for example -- then they're asked to retool their ideas.

Hopefully their design doesn’t get too crazy, because then they'll have to ride it out in a simulator. In total, the ride lasts about a minute. If roller coasters aren’t a child’s favorite, he or she can build a plane ride or bobsled track. By participating in the design, the child can learn how much energy a jet needs to fly, or what speed a roller coaster must travel to make it through an upside-down loop. Disney’s other parks have already toyed with interactive rides. For instance, CyberSpace Mountain allows people to select loops and drops from a menu to build their own virtual thrill. Universal Studios, meanwhile, has Hollywood Rip Ride Rockit, a roller coaster in which you pick the playlist and become your own DJ throughout the ride. Related Content: Discoblog: Disney Opens New Research Labs Discoblog: Woman to Marry RollercoasterImage: Raytheon