Happy people are not ambitious; they do not build civilizations'

Baroness Susan Greenfield, Fullerian Professor of Physiology and Comparative Anatomy at Oxford University, heads a team of scientists who are focused on the genetics of Parkinson's and Alzheimer's diseases. She is the first female director of the 204-year-old Royal Institution of Great Britain and a cofounder of two biotech start-ups that specialize in brain diseases. She holds a seat in the House of Lords, has hosted a BBC series on the brain, and wrote The Human Brain: A Guided Tour. Her next book will be titled Tomorrow's People. 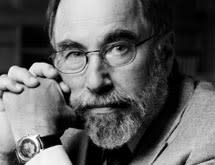 You seem like the busiest person on the planet.G: I have two day jobs. My job at Oxford is structural pharmacology. My training is as a neurochemist. My area of expertise is Alzheimer's and Parkinson's—the idea that they are linked, although they are different diseases. We have been working on discovering the mechanisms of neurodegeneration. I also have a spin-off company called Synaptica and a younger company called BrainBoost, which is using the idea of stimulating the brain for Parkinson's disease using computer programs. Then I'm in London, where I spend half my week—I'm the director of the Royal Institution. I'm unique there for two reasons. Everyone before me was a chemist. I'm biomedical. I'm also the first woman.

What do you call what you do? G: I call it neurotechnology, which is how information technology and biotechnology affect the brain.

Why are there so few women in prominent biotech positions?G: This is a particularly savage world. I think it's a particularly alpha-male type of environment. In biotech, people's body language is different, the way they talk, the way they walk. They are very aggressive. Women especially do have a problem working with the men. I'm happy doing that, because I'm a naturally aggressive type of person. But men have a problem too. Men at my company say I'm a difficult person to get along with, and I say, wait, if I were a man you wouldn't be saying this. I think that because biotech is such a roller coaster—because it's not a secure and stable environment—there's a lot of adrenaline, a lot of puffing up, a lot of showing off, and I think women are uncomfortable in that kind of environment.

Men like the rush of adrenaline?G: Men have tunnel vision, and women don't. You have to learn that language. I think we women can change things eventually, but there aren't enough women now in biotech. All this is fine until the late twenties and thirties, childbearing age. You also have this situation where there is a middle-aged bloke, a man, a scientist, who is more than happy to have a very visible junior woman. In fact, there's a very unhealthy synergy that can occur. Even leaving sex out of it, you have the middle-aged man who wants his ego massaged and a very young girl, and she learns that he fights her problems for her and she doesn't learn maturity, and the two feed off an unhealthy relationship. Then she leaves and comes up against the biotech men, and she wants to be somebody's little girl, and she isn't anymore. And the bloke has an inflated view of himself. This is why I like mentoring women scientists, to give them that confidence without that baggage.

Is the debate over our biological future properly discussed?G: No. Not at all. Scientists are still on the sidelines.

Are the British farther along than Americans in debating stem cell research?G: I don't think we've necessarily had the stem cell debate in Britain. The one thing we have done is to approve stem cell research, but we still have a long way to go in terms of our understanding, our law, getting the balance right. The Prince of Wales is a big critic. He says we're spitting in the eye of the creator.

Do you think genes can be used to modify behavior or treat brain diseases? G: The gene is a bit player in the brain. It's a component. If you have an impaired gene, of course you'll have an impaired function, but it doesn't mean that that function is contained in that gene. Even in Huntington's, the one example of a single gene disorder in the brain, we know that nature can be subverted by nurture. In transgenic mice with Huntington's, we know that environmental stimulation can delay the onset of the impairment. I think this will be a Pandora's box. Changing a gene will change a protein that is made in the brain, and it will have lots of widespread and varied effects. Any one gene participates in many functions, and many functions have the participation of many genes. Those genes in turn will be active or not according to what happens in your individual lifestyle with your individual environment and stimulation. Gene therapy and genetic screening will be helpful, but we have to be very cautious about getting people all excited about these genes.

But isn't everything genetic, including how we interact with the environment?G: It's literally the chicken and the egg. One causes the other, one interacts with the other. As you go, genes are switched on or off. At the same time, what happens to you will drive the genes. There's no controller; it's all a dialogue between you and the environment.

What happens when we start mucking with that dialogue?G: We'll have effects that we can't predict.

Where are we going with this? Do we want to be able to design our children?G: You can't let technology set the agenda. You have to use the technology to shape the kind of society you want to live in. We have to decide soon what kind of society we want. But it's naive to think that we can sit around and everyone will agree. We will not all agree on stem cells. But I think we can agree on priorities, on where we want to go. For instance, do we want a world where everyone takes Prozac, uses Botox, and plays with GameBoys? We could be heading into a designer world where we sit passively in front of our screens and live in a virtual world. Do we want that?

Isn't it desirable to bioengineer our children to be happy?G: Some people think happiness is spending their days on the beach, at the bars, on drugs. Is that happiness? It might be. People do pay money to do those things. But then you are no longer self-conscious, because you have let yourself go; you have lost your mind. You are no longer being a human being. For instance, you are at a party and the hostess says, I will put you next to Jane. She is an extremely happy person. She has never been miserable. She has never had a bad love affair. She has never had anyone ill. She has never had to face a big crisis. She has never failed at anything. How do you feel about this person? You would want someone who knows adversity, who was rejected and worked hard, who had a bad affair—it would make her more interesting.

Now you are talking about brain technology. G: I'm less convinced that we will use genetics for the brain than that we'll use technological enhancements. For example, I don't think we will need to remember anything anymore because everything will be accessible by tiny invisible computers attached to our brains. We'll just be using invasively what we do with the Internet now anyway. In terms of sheer facts, this will be useful, but it won't make us any smarter. What you do with it, that's the hard part. Just because you know a lot doesn't mean you'll win a Nobel Prize.

Will the memory part of the brain atrophy? G: Part of the reason that our species has taken over so many ecological niches on the planet is because our brain is so good at adapting and learning, as opposed to relying on the genetic imperative of our instinct. For 50,000 years we've done that, but now these things we are creating will eliminate the need to adapt and change, and the natural human tendency to ask questions won't necessarily happen like before. What question is someone going to ask? If you know everything, you're in a state of well-being, you're living in a cyberworld, and everything is available at the push of a button, what questions are you going to ask? I think we're going to have answers rather than questions.

This sounds like Brave New World. Is that what people will want?

G: I don't know, though consider people in sub-Saharan Africa right now who are starving. If they heard our conversation, they would think we were off our heads. Of course, they would want to be comfortable and warm and well fed.

In trying to control our evolution, are we in danger of upsetting the balance between humans as individuals and humans operating as a collective? Is it a brave new world? G: For the first time we are in danger of not needing a personality anymore. That is, if you start sanitizing human nature, do you lose something? It has been a big part of the 20th century to make yourself an individual. That's the part that Huxley says we would lose.