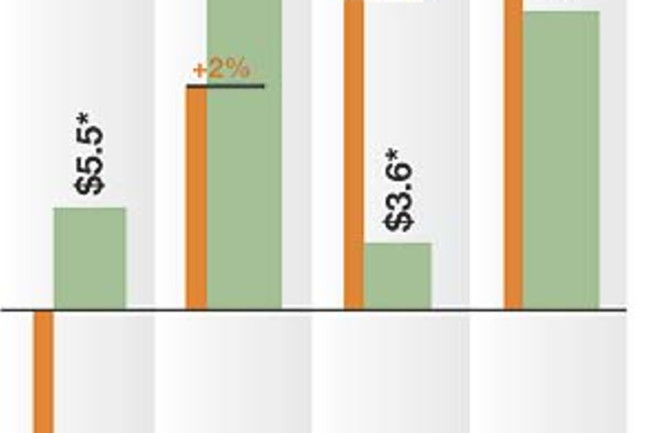 The $388 billion appropriations bill signed by President Bush in December signals a tight new era for nondefense science funding. To help trim a record $413 billion deficit, the bill cuts the National Science Foundation’s budget 1.9 percent—to $5.5 billion—ending 9 years of growth. The National Institutes of Health gained 2 percent—to $28.6 billion—while the Department of Energy’s Office of Science got a 2.8 percent bump to $3.6 billion, barely on pace with inflation. The only real winner among science agencies was NASA, which received a 4.5 percent hike—$16.1 billion—to be spread thin over such big-money projects as resuming the shuttle, completing the International Space Station, and sending humans to Mars.