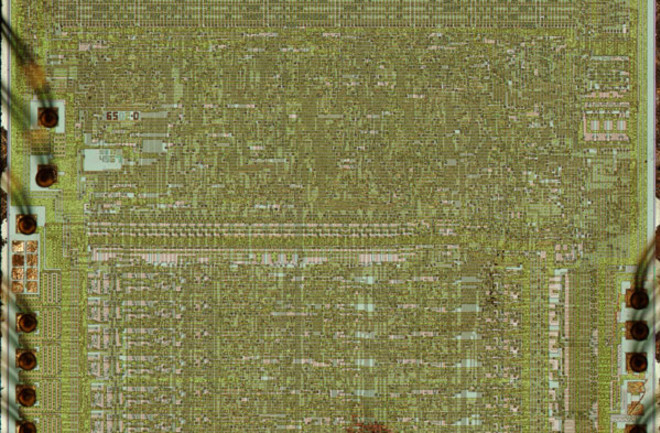 Modern microchip designers have numerous digital backup copies of their work. But in the early days of home computers, chip designs were drawn out by hand on sheaves of paper, many of which have since gone missing. In the last 30 years, we have already forgotten how the first chips that brought computers into our homes worked. A team of enthusiasts calling themselves "digital archaeologists" have reconstructed the design of several key early chips, including the MOS 6502. The name might not be familiar, but if you're of a certain age, you used it in such early computing gems at the Atari, the Commodore, the Apple I and II, and, of course, the Nintendo Entertainment System. (It also appears to have powered the Terminator---Nikhil Swaminathan at Archaeology Magazine, who has written a delightful feature on the project, notes that when the 1984 film switches to the killing machine's point of view, 6502 code is running up the side of the screen.) By dissecting the chip with acid and photographing each layer of its workings, they've developed a map of its circuits that can be plugged into a programmable chip and used to play Atari games, as well as serve as a resource for understanding how early chips were designed. Read the whole story at Archaeology Magazine, and check out the group's site for beautiful, massive images of the chip architecture. Image credit: Visual 6502 project