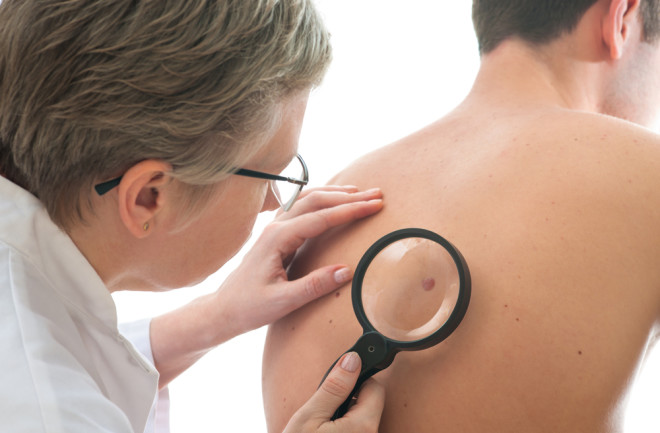 Image credit: Alexander Raths / shutterstock In today's digital world, smartphones can eliminate trips to the grocery store, the library or even the bank. But can downloading a skin cancer application really replace a doctor's appointment? While avoiding the waiting room may have its appeals, a new analysis of apps to identify cancerous skin conditions shows that their accuracy is lacking and the consequences grave. How can an app identify skin cancer, you might ask? The technology relies on digital image analysis. Users upload photos of their moles, blotches or blisters in question and the images are examined either by software or a set of eyes. In the study published yesterday in JAMA Dermatology, researchers uploaded nearly 200 different photos to each of four apps ---one third of the skin conditions in the images were cancerous and the other two thirds were benign. The best app relied on an anonymous board-certified dermatologist to individually analyze the images (at $5 a pop). The worst app, and the two in between, analyzed the images with nothing but an automated algorithm. The feedback from the apps was all over the map, and in many cases was incorrect. Three of the four apps got it wrong at least 30 percent of the time. Submitted images were sometimes categorized as "unconcerning" when they were, in fact, cancerous. If the app tells a user that a skin spot is cancer-free, that person may simply exhale a sigh of relief instead of seeing an actual doctor. This could push back the diagnosis of a disease like melanoma and put off critical treatment, the researchers warn. But the risks of mixing health care and smartphones don't stop there, they say. In this highly unregulated world of applications, no one is keeping an eye on apps to make sure they actually do what they say they will. Yes, the apps in the study had disclaimers about being for educational purposes only, but who really reads those anyway? Downloading an inexpensive app is a heck of a lot cheaper than going to the doctor, especially for those without insurance. The researchers say these apps are potentially valuable if designed and used correctly, but they emphasize that apps should be used to keep patients engaged with their doctors, not replace them.