Delivery Drones Allowed to Fly in the U.S. Starting Next Month 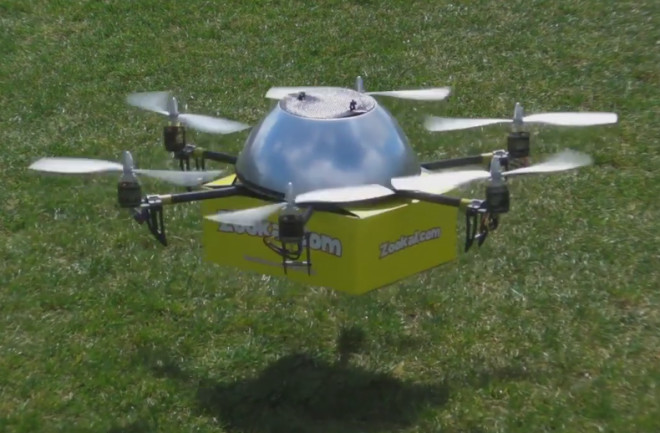 A Flirtey hexacopter carries a package in Australia, where the company calls home. (YouTube screengrab) Here in the United States, it seemed like legal red tape would stall the launch of delivery drones for years, but the wait is over sooner than expected. On July 17, the Federal Aviation Administration will allow unmanned aircraft to deliver medical supplies to a free clinic during research flights in West Virginia. That occasion will be the first legal drone delivery on U.S. soil, and represent another big step forward for the U.S. drone industry.

This historic moment for the drone industry was made possible thanks to collaboration between NASA, Australian drone start-up Flirtey Inc., and Virginia Tech. The delivery will be executed during an event called “Let’s Fly Wisely" in Wise, Virginia. Virginia Tech is one of six locations given FAA approval to conduct research with the aim of integrating drones into national airspace, and this flight is part of that research.

Flirtey’s hexacopter drones will ferry up to 24 ten-pound packages of prescription medications from the Lonesome Pine Airport to the Wise County Fairgrounds where the clinic is being held. A fixed-wing plane operated by NASA will drop the initial shipment of medicine at the airport, and Flirtey's autonomous drones will complete the final leg to the fairgrounds, which is about 2 miles — by road — from the airport. The clinic is expected to draw about 1,500 people who will receive free eye, dental and other healthcare services that day. “This is a Kitty Hawk moment not just for Flirtey, but for the entire industry,” said Flirtey CEO Matt Sweeny in a statement. “Proving that unmanned aircraft can deliver life-saving medicines is an important step toward a future where unmanned aircraft make routine autonomous deliveries of your every day purchases.” Let the countdown to the age of delivery drones begin in the U.S.

More From Discover
The Sciences
Ghost Busted: When Science Meets the Supernatural
Technology
Can Wearable Devices Save Your Relationship?
Technology
This Is Why the Inverted Filter on TikTok Makes Your Face Look Weird
Health
Is Noom Really All That Different From Other Diets? Here’s What the Experts Say
Technology
With 5G, It's All About Speed
Technology
Shapeshifting Materials Could Transform Our World Inside Out
Recommendations From Our Store
My Science ShopDiscover STEM Kits
My Science ShopDiscover 2022 Calendar
My Science ShopStrange Science
My Science ShopElements Flashcards
Shop Now
Stay Curious
Join
Our List