Daredevil Plans to Jump to Earth From 23 Miles Up—for Science! 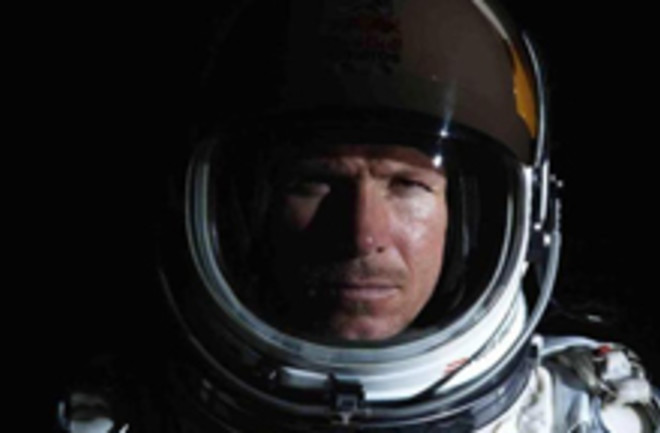 Are you ready for some free fall? Austrian daredevil

Felix Baumgartner officially announced that sometime this year, he intends to jump from a balloon at a height of nearly 23 miles, breaking the 50-year-old world record for the highest parachute jump held by retired U.S. Air Force pilot Joe Kittinger.

Kittinger is the Stratos mission's capcom (short for capsule communicator), which means that he will be the voice in Baumgartner's helmet. Kittinger's advice to his successor: "Have fun, enjoy it, and tell us all about it when you get down" [Scientific American]

. Baumgartner is a BASE jumper who once flew a glider across the English Channel, but he and his team say they have loftier goals than simply a world record and a huge adrenaline rush.

If he makes the jump, Baumgartner could be the first person to break the sound barrier without the benefit of an aircraft, and his crazy stunt could provide valuable data on how that affects the body.

Baumgartner's pressurized, airtight suit is much like those worn by space shuttle astronauts, and Art Thompson, the project's technical director, explains that it's vital to his success.

Just as Kittinger did, Baumgartner will go up in a balloon, though his pressure suit, capsule and monitoring equipment will be much more advanced [Reuters]

. Baumgartner says that a successful test would also benefit future spaceflight, showing that if astronauts had a problem as their craft entered the stratosphere, it theoretically would be possible for them to bail out and safely reach the ground.

The jump height is above a threshold at [62,000 feet] called the Armstrong line, where the atmospheric pressure is so low that fluids start to boil. "If he opens up his face mask or the suit, all the gases in your body go out of suspension, so you literally turn into a giant fizzy, oozing fluid from your eyes and mouth, like something out of a horror film," Thompson explained. "It's just seconds until death" [New Scientist].

Hopefully Baumgartner has better luck than others who have tried to fall to Earth from the highest heights.

The most recent attempt was made in 2008, by a former French paratrooper, Michel Fournier, who spent years preparing only to have the balloon that was set to take him up break from its moorings and float away [The Independent]

. Fournier, however, pledges to try again this year, so it could be a race to jump from the stratosphere—if everybody remembers to keep their balloons strapped down until they're ready. Related Content: DISCOVER: The Daredevils Who Chase One of the Sky's Greatest Mysteries DISCOVER: Here's Your Jetpack DISCOVER: The X-Prize, an in-depth look at the contest back in 2002 Image: Red Bull Stratos