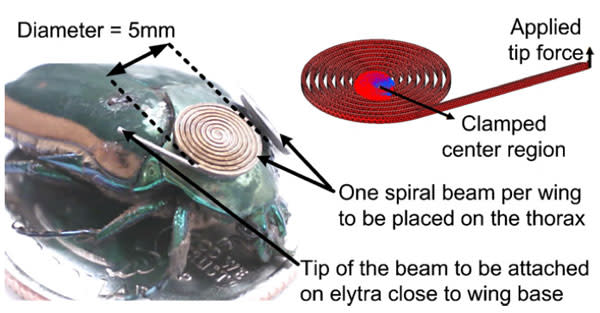 These spiral generators scavenge power when the beetle beats its wings.

What's the News: Building tiny fly-like robots---for spying, search and rescue, and so on---has a long history in robotics. But some researchers, citing the challenge of building agile, dynamic machines at that scale, have turned to Mother Nature instead and made living beetles into cyborgs

, controlling their flight via neural implants. Finding a power source that's light enough for these beetles to port around has been difficult, but now, a team of roboticists have found that harvesting power from their beating wings

could be a way to make these 'borgs go battery-less. How the Heck: