It's a first step toward treating diseases like muscular dystrophy and neurodegeneration. 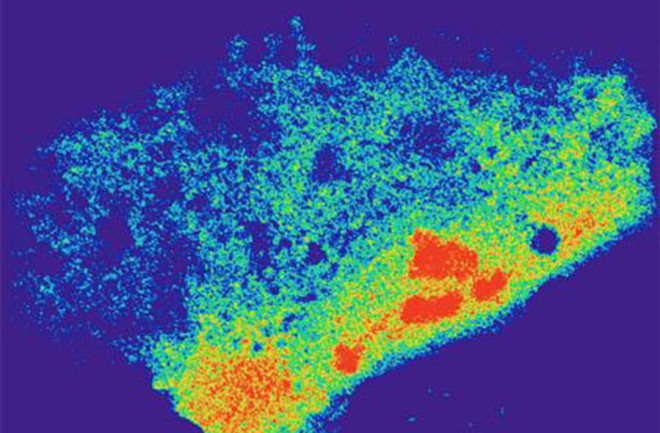 Despite the promise of gene editing for treating disease, altering genes can be risky and pose ethical challenges. So researchers from the University of California, San Diego and UC Berkeley instead focused on using the editing technique called CRISPR-Cas9 to manipulate the product of those genes.

Back to freshman biology: As you may remember, double-stranded DNA makes single-stranded RNA, which makes proteins. Edit DNA and the proteins are altered forever. But edit the RNA and the genetic machinery stays the same while the proteins can be manipulated, so the levels of gene expression are dialed up or down. Theoretically, RNA editing is reversible, and since it doesn’t change the genome, it won’t be passed down to descendants.

Gene Yeo, a professor of cellular and molecular medicine at UCSD, led the research and showed he could target RNA in living cells, a first step toward treating diseases like muscular dystrophy and neurodegeneration. (Later in the year, a Boston-based team targeted RNA in bacteria using a different Cas protein.)

“We had to show that [RNA targeting] was feasible in living cells,” Yeo says about his March paper in Cell. “Now, we are trying many different ways of improving it.”