Compressed Air Is Great for Powering Workshops. Can It Help Power the World? 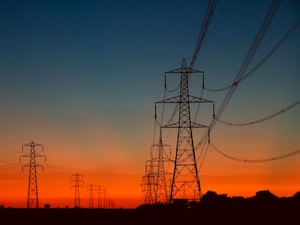 Despite increasing worry about what our energy consumption is doing to the planet, we’re also increasingly tied to power-hungry electronic devices. To keep reliable, renewable energy flowing, some suggest

, we must give the power grid a makeover. And one method that could change it is a breath of fresh air. Danielle Fong and her company, LightSail Energy

, want to store renewable energy in tanks of compressed air. Because wind and solar can be unpredictable energy sources, the ability to save any surplus for a windless or cloudy day makes them more reliable. Caleb Garling has written about Fong's unusual method of storing power

for Wired’s World’s Most Wired feature.

In a way, Fong is going back to the future. Compressed air tanks have been used to store energy as far back as the late 19th century. They were installed in cities across the globe, from Paris to Birmingham, England to Buenos Aires. Germany has been using the technology for the past 30 years, and a power company in Alabama opened a facility in 1991. The idea is a simple one: If you have a power source — whether it’s gas or coal or renewable sources such as wind — you can use the energy to cram air into a tank. When the air compresses, it heats up, as we all know from high school physics — or just from pumping up a bicycle tire. Then, when you need the energy at some point down the road, this stored heat can be turned back into power. It’s a bit like coiling and releasing a spring. The rub is that you lose power with each transfer, and you lose heat when the air is in storage. Because it’s less than efficient, compressed air storage never caught on in a big way. Current systems often lose more than 50 percent of the power originally put into them, since they use the released energy to run a generator — which only loses more power.

But Fong has innovated the basic idea of compressed air by adding a mist to the tanks. The liquid absorbs the tanks’ heat and stores that thermal energy in water rather than air, doubling the efficiency of this energy storage method. Now, she hopes to incorporate it into the energy grid. To read more about the obstacles to compressed air’s adoption, and why Fong and LightSail are prepared to overcome them, check out the article at Wired