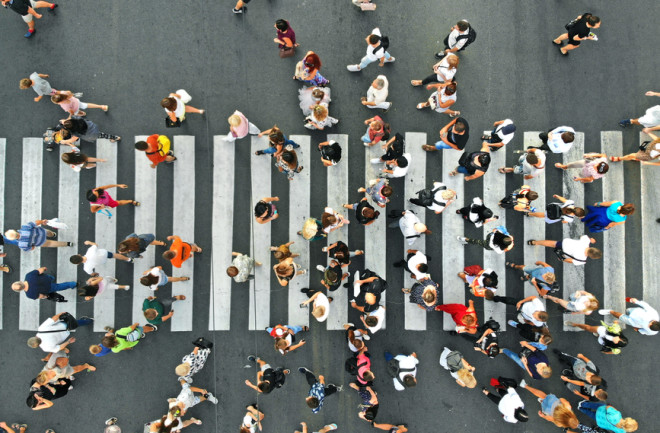 Epidemiological models took center stage throughout the COVID-19 pandemic, providing important information about the spread of the virus through communities and the world. But the spotlight on these models also illuminated their shortcomings. Early in the pandemic, several models were criticized for their lack of accuracy by either over or underestimating infection and death rates. This is understandable given that, early on, little data was available to feed these models. As the pandemic progressed and more data became available, the better they got.

But the new epidemiological models are still far from perfect. A recently developed algorithm aims to improve them by focusing on additional forces critical to spread but too often overlooked.

Until now, epidemiological models that forecast how viruses spread through populations have struggled to include concepts of collaboration among various diseases themselves that, once in the human body, increase the chance of a co-infection. For example, people living with HIV are 15 to 22 times more likely to get tuberculosis, and a person cannot contract hepatitis D unless they are already infected with hepatitis B.

Accounting for these collaborative forces requires modeling several epidemics at the same time, which highly complicates simulated forecasts and greatly reduces the analytical accuracy. But failing to include these concepts can result in inaccurate assessments or oversights, setting up roadblocks to prediction.

Moreover, while most standard epidemiological models look at the population of a community and assign an equal chance of interacting between any individuals in that community, we know this is not how human life works. In Manhattan, every person does not have an equal chance of bumping into one another.

That's why it's important to leverage structured networks to represent a community. In such networks, each connection represents an interaction between two persons, or groups, who might regularly come in contact with one another. Perhaps they live in the same zip code or share corresponding demographic traits, all of which would make them more likely to interact.

Accurate predictions based on such a complex structured model would traditionally require millions of simulations to produce an accurate expectation of what could happen in the real world. That requires big computers and a lot of money. Understandably, for this reason, the research community shifted toward designing methods that do not require these expensive simulations, yet still could provide an accurate analytical forecast in a single run.

The new algorithm, developed at Los Alamos National Laboratory in collaboration with colleagues from Queen Mary University of London and Aston University in the U.K., accurately forecasts interacting epidemics on structured networks without massive computer simulations. The method uses insights from network methods developed in computer science and statistical physics, carefully exploits the structure of interacting forces, and provides an accurate analytical forecast in a time comparable to a single simulation run.

This algorithm is useful not only for epidemiological models, but also for models that show how information spreads through social networks. Mathematically speaking, the spread of disease and the spread of information look extremely similar: they both typically start from a single source and spread to others through a physical or virtual contact. However, competitive forces — those that fight for control — also influence the spread of information. For example, information-spread models can have two divergent ideas, such as pro-vaccine and anti-vaccine sentiment, with each idea competing against the other for influence.

This simulation shows optimal blocking of one the epidemics originating from the area of Leeds in the U.K., by accounting for collaboration with another epidemic process spreading from the area of Greater London. The spread through the transport on the road network is typical for livestock epidemics, as it was the case in the 2001 Foot and Mouth epidemic in the U.K. (Credit: Los Alamos National Laboratory)

Our algorithm can be used in structured population models to predict how competitive or collaborative forces help or hinder the spread of something like a virus or information—something that will be useful in both the fight against pandemics and misinformation spreading online.

For example, it suggests that targeting pro-vaccination social media ads to anti-vaccination groups would be ineffective since they are unlikely to be swayed. But the algorithm could help focus resources on people who might be on the fence and could be influenced by sound information.

Similarly, early in the COVID-19 vaccine rollout, priority went to groups that are most at risk due to age or underlying health conditions. Our algorithm could be used to recognize the most vulnerable groups or populations with the highest spreading potential. That information could help develop the optimal distribution of a limited stock of vaccines against one virus to ensure protection against several collaborative epidemics at the same time.

Unfortunately, epidemics are not going away. The growing world population, climate change, and global travel all mean that the spread of diseases will continue to be a threat— and disease forecasting models will continue to be a critically important line of defense. By understanding the role of collaborative and competitive forces in the spread of diseases, we can develop better models that make future forecasts more accurate. Then public health officials and policymakers can have even better information to stem the spread and keep people safe.

Andrey Lokhov is a statistical physicist in the Theoretical Division at Los Alamos National Laboratory. His research focuses on algorithms for learning and inference in epidemic models.