Cocaine Vaccine Could Stop Addiction in Its Tracks 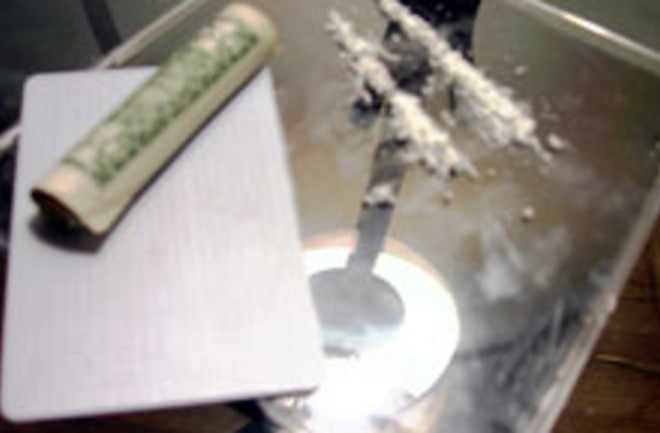 By combining a cocaine analog with part of a common cold virus, researchers have created a "cocaine vaccine" that tricks the body into attacking the drug, neutralizing its high-giving powers. It has only been tested in mice so far, but the results are good:

"Our very dramatic data shows that we can protect mice against the effects of cocaine, and we think this approach could be very promising in fighting addiction in humans," study researcher Ronald Crystal, a professor of genetic medicine at Weill Cornell Medical College, said in a statement. [LiveScience]

The immune system doesn't typically react to cocaine in the blood stream--it's too small and doesn't contain the "markers" of an invader. To get the white blood cells to notice it, the researchers strapped it to something the immune system can detect--the outside parts of the virus. The researchers took the outer shell from an adenovirus, which causes some types of the common cold, and removed the parts of the virus that cause illness. Then they linked that recognizable viral shell to a stable molecule similar to cocaine (they also tried it with cocaine itself, the researchers say, but the more-stable analog produced better results). The researchers tested the vaccine on mice, and they published their findings

this week in Molecular Therapy. When injected into the bloodstream, the immune system clobbered the virus protein, but also attacked the synthetic molecule attached to it. By binding to the cocaine-like molecule, the immune system prevented it from reaching the brain and its pleasure centers. In mice, the vaccine reduced the rodents' reaction to large amounts of the drug, dropping their score on the hyperactivity scale. Thirteen weeks later (the latest time point they checked), the immune response to cocaine was still present. That long-lasting effect could make the vaccine very beneficial.

"While other attempts at producing immunity against cocaine have been tried, this is the first that will likely not require multiple, expensive infusions, and that can move quickly into human trials," Crystal said. "There is currently no FDA (Food and Drug Administration) approved vaccine for any drug addiction." [LiveScience]

While the researchers believe the vaccine will work in humans, there are still many levels of testing to go through before it could be cleared for human trials or use. And even if the vaccine does make it to doctors' offices and rehab clinics, cocaine addiction will likely remain a difficult demon to battle.

Even if the vaccine proves itself in those later studies, experts on addiction warn that it's not a panacea. Addicts could try to overcome the immunological blockade by increasing their drug intake, leading to dangerous overdoses. What's more, not every immune system reacts to every vaccine in the same way--particularly among people who are immune-compromised. Finally, killing the cocaine buzz does not do anything for the underlying psychology of addiction, and addicts are nothing if not resourceful; there are a lot of addictive substances out there, any of which could be substituted for the no-longer effective drug. [Time]

Discoblog: Move Over, Heroin: “Sugar Addiction” May Be a Reality

DISCOVER: The Biology of . . . Addiction

DISCOVER: Can an Injection Break a Cocaine Addiction?