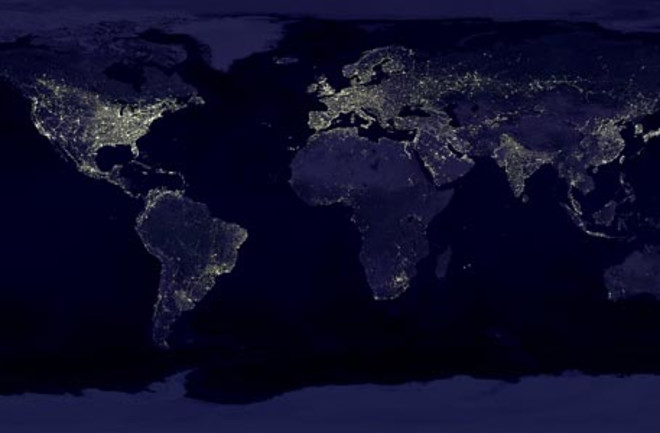 Not so helpful after all.

What’s the News: City lights are more than a pretty sight from the air—they’re also a good way to tell how a country’s economy is doing, some economists say. Over the past decade, deducing a country’s gross domestic product from how much it glows in nighttime satellite images, a factor called luminosity, has become quite the econ fad. But as clever as it sounds, luminosity isn’t as helpful as you’d think, a new study says. Only in countries that are such a disaster that gathering reliable statistics is impossible is the glow a better approximation of GDP than you’d get with traditional measures.

Reference: Xi Chen and William D. Nordhaus. Using luminosity data as a proxy for economic statistics. Proceedings of the National Academy of Sciences. Published online before print May 16, 2011, doi: 10.1073/pnas.1017031108