Carbon Nanotube Ribbons Could Give Superman a Run for His Money 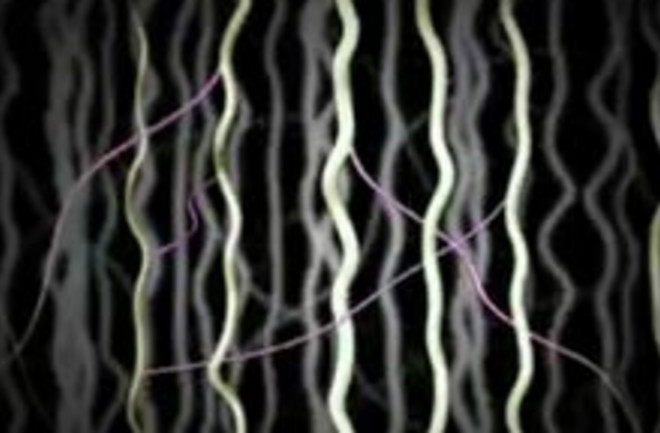 Lighter than air! Stronger than steel! More flexible than rubber! No, it's not an upcoming superhero flick: It's the latest marvelous formulation of carbon nanotubes--at least as reported by the creators of the new super-material. Researchers working on artificial muscles say they've created nanotech ribbons that make our human muscles look puny by comparison.

The ribbons, which are made of long, entangled 11-nanometer-thick nanotubes, can stretch to more than three times their normal width but are stiffer and stronger than steel.... They can expand and contract thousands of times and withstand temperatures ranging from -190 to over 1,600 °C. What's more, they are almost as light as air, and are transparent, conductive, and flexible [Technology Review].

made from bundles of vertically aligned nanotubes that respond directly to electricity. Lengthwise, the muscle can expand and contract with tremendous speed; from side-to-side, it's super-stiff. Its possibilities may only be limited by the imaginations of engineers. [The material's composition] "is akin to having diamond-like behavior in one direction, and rubber-like behavior in the others" [Wired]

, says material scientist John Madden, who wasn't involved in the research. When voltage is applied to the material, the nanotubes become charged and push each other away, causing the material to expand at a rate of 37,000 percent per second, tripling its width.

The researchers put together a video to illustrate the concept, and will publish their work in Science tomorrow. Researchers say the flexible, conductive material could find immediate applications in solar voltaic cells (which general electricity from sunlight), and could eventually be used in shape-shifting parts for aircraft or spacecraft. Yoseph Bar-Cohen of NASA’s Jet Propulsion Laboratory

calls the material “very promising and exciting,” though he worries it may prove difficult to build an actuator out of something so light. Acting as a muscle for a robot, it could handle the 460 °C surface of Venus or the –200 °C found on Jupiter’s moon Europa. The material’s low mass is also appealing to an agency always concerned about launch weight. “It can be very useful for planetary exploration,” Bar-Cohen says [IEEE Spectrum].