Can’t Stop Speeding? A Computer in Your Car May Do It For You 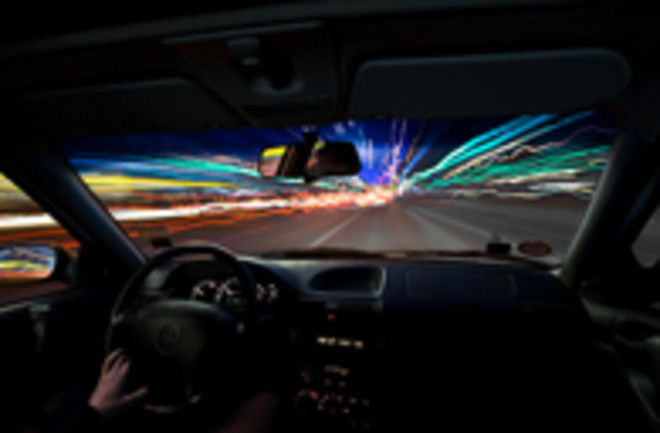 Is there anything that will make people stop speeding for good? Transport of London has come up with a new technology that they hope will do the trick—both to stop speeding and reduce accidents. It’s called Intelligent Speed Adaptation, and it's a program installed in cars as a kind of auto big brother: If the car is going too fast, the computer will automatically reduce the speed. This summer, a total of twenty vehicles, including cars, buses, and cabs, will be testing the new software. Each vehicle will receive a monitor that displays a digital map of the city, corresponding speed limits, and a GPS system, so the program can calculate how fast the car should be going based on its real-time location. Don’t freak out about a loss of driving freedom just yet — the program has several settings that let the driver control how much leeway it has. In "advisory mode," the driver, once alerted that he or she is speeding, can voluntarily slow down. The monitor will display an emoticon to express how the driver is doing: A happy face shows up when the car is below the speed limit, and a frown appears if the driver is still going too fast. Meanwhile in "voluntary mode," the car automatically slows down when the program spots above-speed-limit speeds. And in case of an emergency, the driver can hit a button to override the program. In theory, the concept seems to make sense, but can it really ever replace the reliable radar system already in place? And—understandably—irate drivers are already complaining that it will take away their freedom on the road. Related Content: Discoblog: Computer Can Tell If You're Speaking French Discoblog: Computer Can Pray For You