Can Your Genes Affect Whether or Not You Vote? 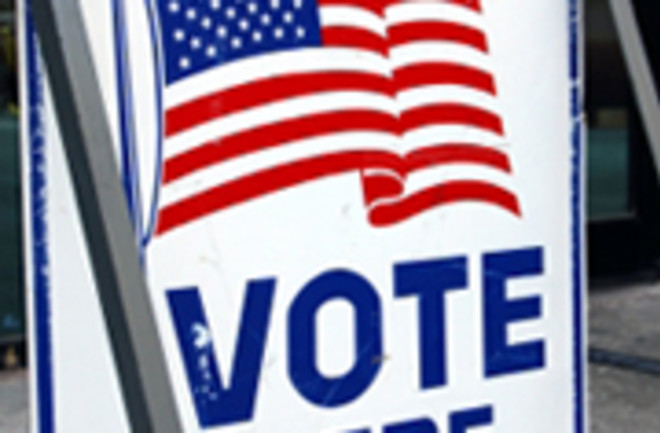 We've covered how the location in which you vote can influence your choices (not a huge surprise, given the expanse of research on visual cues). But now a landmark study in the American Political Science Review suggests that whether or not you head to the polls this November may be partly attributable to your genes. In the first empirical test of the genetics-voting theory, political scientists James Fowler and Christopher Dawes of U.C. San Diego and psychologist Laura Baker of U.S.C. studied whether variation in political participation can be partly attributed to genes. They found that individual genetic differences make up a "large and significant portion" of why some people vote and others don't, even after controlling for socialization and other environmental factors. For their data set, they turned to that most useful of tools for genetics research: identical twins (who share all their genes) and non-identical twins (who share about half their genes). After cross-referencing voter turnout records in Los Angeles with a twin registry—and controlling for the similar environments most twins live in, as well as the social influence they have on each other—they found that the identical twins were significantly more likely to have the same voting behavior than their non-identical counterparts. The researchers calculated that 53 percent of the turnout variation between the two types of twins could be accounted for by genetics. Fowler & co. then replicated their results with data from the National Longitudinal Study of Adolescent Health, and found that genetic influences stretched to other political activities including donating to a campaign, contacting an official, running for office, or attending a rally. Granted, the study's reasoning has a few holes, as the authors themselves admit:

Still, imagine the takedown effect these results could have on the age-old "you vote like your parents" adage. Of course, the same rules may still apply—you're still more likely to vote like your parents, though now it's because you share their genes. Though if you're an economist, all bets are off. Image: iStock