Can the U.S. Military Shower Trackable Dust Onto Terrorists? 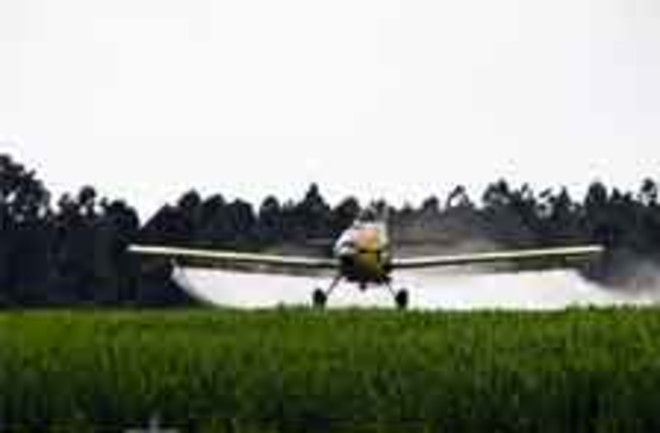 If the Air Force gets its way, it will have spying eyes hidden in the very motes on its enemies' boots. In a wonderfully vague request this week, the Air Force called for companies to design miniature drones capable of dusting targets with signal-emitting particles. They say the technology (assuming it works) could be used to identify civilians or track wildlife, which is military-speak for "we want to track and kill terrorists, not bunnies." According to the request, the Air Force wants a small remotely piloted aircraft, or SRPA, that would "unobtrusively distribute taggants onto moving targets." They describe taggants as tiny electro-magnetic-emitting devices. The key part of the request is for the tracked person to not be aware that he's being tracked. The request makes the laughable point that a swooping SRPA or tracking-device-laden paint ball probably wouldn't be unobtrusive enough because "the target would obviously notice a swooping SRPA and likely feel the sting of the well-placed pellet." (Either that, or you're dealing with one very unaware terrorist.) To be unobtrusive enough, the Air Force says that the drone should be able to deliver a "cloud" of taggants. In one scenario, a tiny remote flyer could act like a crop-duster and unleash a large amount of dust from a high---and presumably imperceptible---altitude, letting it rain down on the target. In another scenario, they say that the drone could actually shoot some sort of "small munition" that would "blow a cloud of taggants" onto the terrorist. Who, after all, would suspect an innocent cloud of dust raining down right after a small explosion? As Gizmodo points out, "any idea that calls for the development of 'dust' ... in the context of aerial drone strikes is James Bond stuff for now—and should be looked at skeptically as it progresses." But others point out that this mysterious smart-dust might be further along than we thought because the military is already requesting a vehicle to unleash it. Given the secrecy surrounding the drone request, it's unclear right now how feasible a dust-spreading drone is. We do know that DARPA has developed a robo-hummingbird drone that can fly for upwards of 11 minutes. So who knows, maybe they can soup it up to poop out tiny tracking devices disguised as bird guano. It wouldn't be the first time they had a plan that was full of, uh, poop. Related Content: 80beats: Amateur Sky-Watchers Track the Air Force’s Super-Secret Space Plane 80beats: DARPA Puts Out Call for a DNA-Embedded Genetic Surveillance Machine 80beats: DARPA Loses Contact with Mach 20 “Hypersonic Glider” During Test Flight Science Not Fiction: DARPA Developing a Robotic Pilot for Their Flying Car