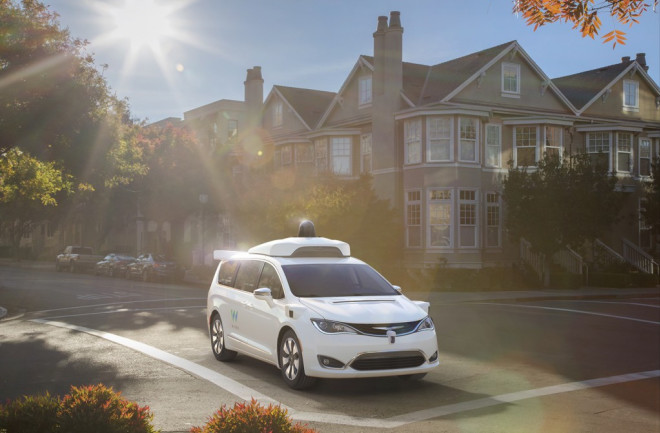 Self-driving vehicles could soon be cruisin' down California streets with no humans. (Credit: Waymo) You’ve read about self-driving cars cruising around California as companies try to prove and perfect their tech. A human sits in each car, but not because they want to joyride: it’s the law. But that could change. Last week, California lawmakers proposed legislation that would make it legal for companies to test self-driving cars without a human watchdog in the vehicle, and for commercial operations to begin as early as 2018. Just over 40 companies have been issued California Autonomous Vehicle Testing Permits, according to the state’s DMV, including Ford, Apple, Waymo and Tesla. Driverless vehicles need to pack a lot of tech to navigate truly independently: cameras, radar and LIDAR to name a few. And all of these technologies continue to advance. Just last week Nvidia, which also has a California testing permit, released an artificial intelligence computer the size of a license plate intended to usher in fully autonomous vehicles.

But, unsurprisingly, self-driving vehicles can be a scary sight for some people. According to a recent study that analyzed more than one trillion social posts, top concerns about self-driving vehicles include hacking and a “robot apocalypse”. In order to dispel those fears, education can help. Google’s former self-driving car project, Waymo, recently launched the “Let’s Talk Self-Driving” campaign aimed at allaying fears. The campaign's website lists reasons why hands-free driving is beneficial, including preventing drunk driving deaths, providing more free-time for commuters and giving independence to people who physically can’t drive cars. https://www.youtube.com/watch?v=ArYTxDZzQOM According to the Department of Transportation (DOT), more than 35,000 people died on U.S. roads in 2015. The DOT notes that 94 percent of car crashes occur due to human choice or error.