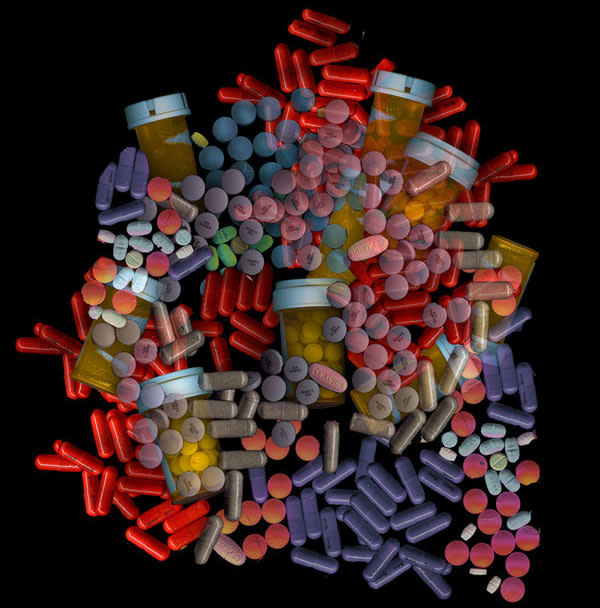 What's the News: For all the testing we do, drugs are still mysterious things---they can activate pathways we never connected with them or twiddle the dials in some far-off part of the body. To see if drugs already FDA-approved for certain diseases could be used to treat other conditions, scientists lined up two online databases and discovered two drugs that, when tested in mice, worked against diseases they'd never been meant for, suggesting that mining of such information could be a fertile strategy for finding new treatments. How the Heck:

Not So Fast: These particular drugs would need quite a bit more testing to see if they could be useful for these illnesses in humans. As one computational chemical biologist said to ScienceNOW

, "Topiramate hits quite a lot of targets and has complex side effects, while the doses needed for functional effects for cimetidine seemed high," though he still praised the study's goals: "This is a really important concept; it is almost like they are looking for an antidote to a disease." The Future Holds: Unfortunately, through a quirk of the incentive system in pharmaceuticals, it's unlikely that companies that first developed these drugs will invest the time and money required to test them for new uses: their patents have expired, so the companies don't stand to profit from it. But perhaps drugs still under patent, or drugs just beginning to be tested, could be explored this way. With new drugs few and far between these days, re-purposing old ones could be a way for drug companies to fund further research. Reference: Dudley et al. Computational Repositioning of the Anticonvulsant Topiramate for Inflammatory Bowel Disease. Science Translational Medicine. 17 August 2011: Vol. 3, Issue 96, p. 96ra76 DOI: 10.1126/scitranslmed.3002648