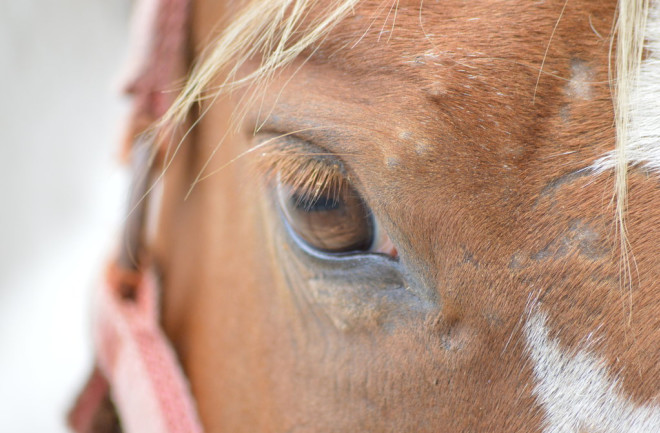 Horses harnessed as technology enabled the rise of human civilization by hauling heavy loads, opening new trade and migration routes across vast distances, and carrying warriors into battle on chariots and on horseback. But whenever horses broke down from leg injuries, equine biology usually dictated a death sentence despite the best medical care — something that is still true even in the modern world where machines have largely replaced horses in transportation, agriculture and warfare. Now a researcher hopes to finally improve the fortunes of our four-legged brethren by enabling the first generation of cyborg horses with artificial leg implants.

The idea of artificial legs for horses may not sound complicated at a time when human amputees can get robotic legs and when people have created clever prosthetic devices for animals as diverse as dogs, cats, bunnies and even sea turtles. Part of the problem is that any horse prosthetic leg must be strong enough to withstand up to 4,000 pounds of force for larger horses weighing about 1,000 pounds. Such weight can also easily lead to sores or chafing where the horse’s body puts pressure on the prosthetic limb without a more permanent attachment. That’s why Niki Marie Hansen, a Ph.D. student at the Louisiana State University School of Veterinary Medicine in Baton Rouge, wants to test the possibility of implanting prosthetic legs directly in the leg bones of horses.

“We’re just looking right now at whether an implant in bone with no cement and no osseointegration [connection between the artificial leg and living bone], is strong enough to withstand the forces a horse would put on it,” Hansen says.

The project aims to raise $25,000 in donations to purchase six custom implants based on so-called PerFiTS technology developed by Noel Fitzpatrick, a veterinarian in the UK. Hansen plans to test the prosthetic devices in leg bones from dead horses and see how much force they can withstand before breaking. She’ll also simulate the artificial leg’s ability to take the full force of a horse rearing up and coming down on its front legs, as well as the pressure of a horse’s body weight when getting up from lying on its side. Part of the crowd-funded project would cover CT scans of the test results.

Death on the Hoof

An artificial leg implant could greatly expand the medical options for horses with leg injuries. Recurring cases of racing horses breaking down show the limits of modern medicine in treating equine lower leg injuries, with the latter being responsible for 60 to 70 percent of euthanasia cases for racing horses. Lower leg injuries can easily prove fatal for horses in part because a fractured or broken leg has a very difficult time healing. The lack of muscle in horse legs below the knee means a lack of blood vessels that serve as the highways for the horse’s immune system to combat possible infections and boost the healing process.

Horses also cannot lie down for weeks of “bedrest” without risking death. That's because the weight of their heavy bodies can quickly develop sores and long-term injury to muscles and nerves. Pooling fluids in the lungs of a horse lying down can lead to pneumonia. Even if a horse stays mostly upright and limps along, the added weight on its three healthy legs can encourage crippling conditions such as laminitis — injury in the soft tissue connecting the hooves to the legs — that increase the horse’s suffering before the end. As a result, veterinarians often have to recommend mercy killings of horses with serious leg injuries.

Such was the fate of Barbaro, a promising young colt that was hailed as a contender for horse racing’s prestigious Triple Crown title in 2006. Barbaro shattered his right hind leg in the opening moments of the Preakness Stakes after having already won the Kentucky Derby. His owners and veterinarians eventually made the painful decision to euthanize him after a risky leg surgery and months of attempted recovery. In the end, laminitis crippled both of Barbaro’s front legs and “left him with not a good leg to stand on,” said Dean Richardson, the surgeon who oversaw Barbaro’s treatment, during a news conference covered by the New York Times and many other publications.

Two years later, a young horse named Eight Belles broke both her front ankles as the only filly competing in the Kentucky Derby in 2008. She was immediately euthanized in front of racetrack spectators during the nationally televised event, which drew public outcry and sparked Congressional hearings that requested safer standards for U.S. horse racing. The New York Times later released a 2012 investigative report that found an average of 24 horses die at U.S. racetracks each week. The Jockey Club, a thoroughbred registry for North America, has also compiled an Equine Injury Database that shows fatality rates for racehorses have hovered around 1.9 incidents per 1,000 starts in the past few years.

Any option that allows injured horses to live normal lives without pain would be an improvement over euthanizing them on the spot. Yet traditional artificial legs still represent a fairly shaky option for horses. Prostheses for horses appear in published literature as far back as the 1950s, Hansen explains. But the strap-on artificial legs that are not implanted require constant cleaning, removal and reattachment to keep the horses comfortable. Horse owners have to watch out for sores that might develop where the artificial leg meets the horse’s body. Some horses of a more nervous or energetic temperament might also simply kick off the artificial leg and refuse to wear it.

Hansen doesn’t have to look far to find inspiration for making a better artificial horse leg. Her school, Louisiana State University, saved the life of a pony named Molly after a dog attack left one of the horse’s legs infected. Veterinarians amputated Molly’s infected leg and helped fit the pony with an artificial leg made by the company Bayou Orthotic and Prosthetic Center. That has given the pony an extra lease on life after she was first rescued in the aftermath of Hurricane Katrina’s strike on the New Orleans area.

Molly still requires constant attention from her owners despite being a small pony weighing about 375 pounds. Her owners have gone to extraordinary lengths to help their horse by building a special operating theater and harness to put the pony in a swimming pool, as well as commissioning continual modifications for the strap-on artificial leg. Such maintenance requires them to spend more time with Molly than with their entire herd of 32 horses. “They go the extra mile for this little horse, but how many people are willing to do that?” Hansen says.

Success for Hansen’s first project could help pave the way for a more permanent application of artificial legs that requires less extra care and maintenance for horses. But first Hansen still needs to raise her project’s $25,000 total by a Nov. 2 deadline on the science crowdfunding platform Experiment.com. There weren’t really any other funding options for such research, Hansen admits. She wanted to go with Experiment.com rather than more popular crowdfunding sites such as Kickstarter or Indiegogo because she wanted to appeal to a crowd that understands the value of research.

Testing the strength of the PerFiTS implants in the horse bones represents the first step for Hansen’s thesis. If the devices prove durable enough, Hansen hopes to eventually launch a separate project to test whether horse skin can grow into the implant in a way that prevents infections. That test would have to involve live horses — much as Hansen professed to her dislike of testing on live animals — but only with tiny versions of the prosthetic leg implanted in a few healthy horses at LSU’s teaching hospital to test the interaction between horse flesh and the prosthetic material. Once that second project is completed, Hansen would remove the devices, suture the small wounds and send the horses off to a rescue shelter.

Hansen has already built traditional prosthetic limbs for smaller animals such as her pet dog adopted from a shelter with a missing front-right foot. But she wants to finish her Ph.D. by summer 2015 and eventually start her own business based on implanted prosthetics. That could ultimately provide a new option for two sets of potential customers: the racing horse industry and individual horse owners who care enough for “broken down” horses to try extending their lives with a replacement part or two.

“I’m not doing this because I want to get paid; I’m doing it because it’s my passion,” Hansen says. “But I hope to eventually build a meaningful career based on this to help animals of all species. That includes humans.”

To help fund this research, see the project on Experiment.com.