Building a Better Housefly—Or, At Least, a Better Flying Microrobot 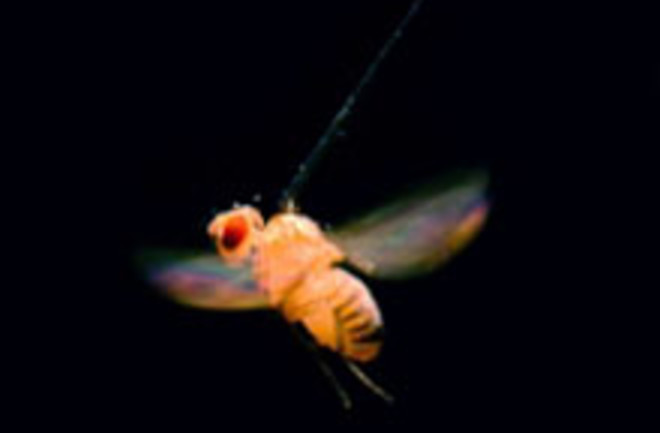 Obama probably wouldn’t have as much success swatting this flying microrobot as he did his now-infamous one. Typically when engineers design flying bots, they assume they should build them with flapping wings, like insects, instead of helicopter airplane designs. But it turns out that flying robots aren’t as efficient when they’re built like flies. David Lentink at Wageningen University and Michael Dickinson at the California Institute of Caltech pitted a robot made with fly wings and a micro-helicopter made with an attached wing against each other in an oil tank to test how much energy each one used. They found that the two robots produced the same amount of lift, but the one outfitted with the helicopter blade consumed 50 percent less energy, going against what researchers had long assumed:

The extra lift is generated by a stable 'tornado-like' vortex that runs parallel to the leading edge of the wing. This vortex lowers the pressure over the wing and sucks it upward, lifting the insect's weight into the air. It was already known that both spinning and flapping insect wings can generate such a lift boosting vortex.

Still, let's not discount our insect friends just yet: We still have much to learn from flies, Dickinson contends. Related Content: Discoblog: The Tiny Robot that Can Crawl Through Your Veins and Treat Your Tumors Discoblog: Microbot Grabs and Moves Tiny Objects