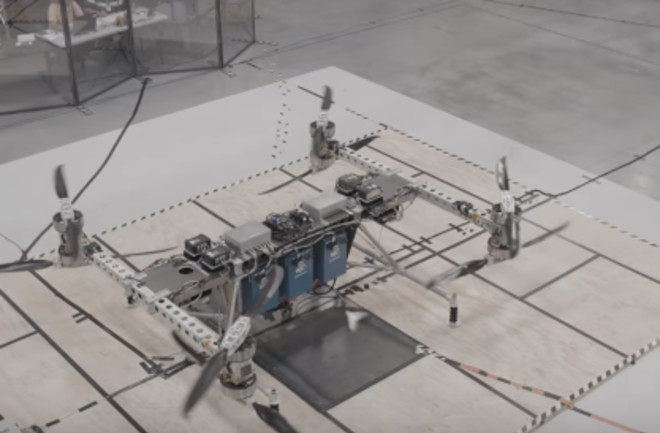 (Credit: YouTube/Boeing) Boeing this week showcased its new unmanned electric vertical-takeoff-and-landing cargo air vehicle that can carry a payload of up to 500 pounds. In simpler terms: it’s a huge flying drone. A team of engineers and technicians for the worldwide aerospace company moved fast to build it, creating a flying prototype in less than three months. The octocopter weighs more than 700 pounds and is powered custom batteries. It comes in at 15 feet long, 18 feet wide and 4 feet tall. It’s big...really big. https://www.youtube.com/watch?v=uluR-dNUPvI There isn’t a time frame for when we could see large drones such as this one flying overhead delivering goods from A to B. Researchers at companies including Boeing, Airbus and Amazon are still working at perfecting the tech, regulations are a far cry from allowing it, and not to mention we need to build the infrastructure. And what about if you're walking along a street and one of these things comes crashing down? Scientists are also studying what happens if a drone hits a person on the ground, though with much, much smaller drones than this Goliath. There's no mention of how fast it can go or any other specifics, but Boeing will use this prototype to further test autonomous tech for its future aerospace vehicles, according to a news release.