Astronomers are concerned that the prototype satellite is paving the way for a constellation of 100 spacecraft that could be even brighter. 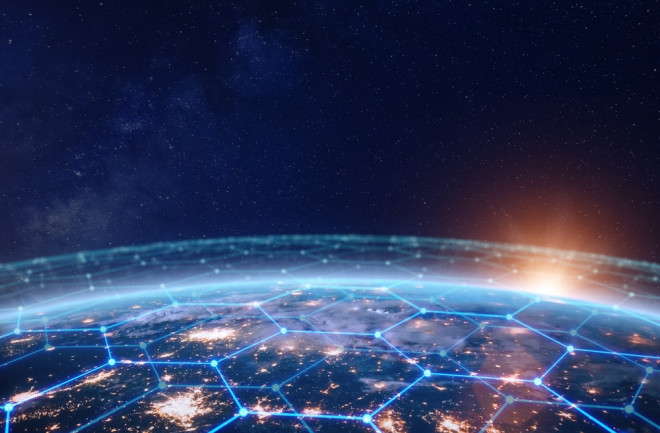 On 11 September, the AST SpaceMobile company launched BlueWalker 3, a prototype for a fleet of 100 satellites in low-Earth orbit that the company hopes will supply 5G coverage to ordinary mobile phones in far flung locations around the world.

At first, the satellite appeared unremarkable, only faintly visible to the human eye at between magnitude 4 and 8. That changed dramatically on 10 November when the spacecraft suddenly brightened and began to outshine most stars.

This increase was the result of spacecraft unfurling its flat panel antennas into an array the size of squash court (about 64 square meters). That makes BlueWalker 3 one of the largest objects ever placed in low Earth orbit. Sunlight reflected from this array also makes it one of the brightest.

Since the launch, astronomers monitored the spacecraft’s brightness and have now published their findings. “[BlueWalker 3] increased in brightness by 4 magnitudes or 40 times after the spacecraft deployed its large antenna,” says Anthony Mallama, who coordinated the data-gathering efforts. That makes it a similar brightness to China’s TianGong space station but less bright than the International Space Station.

Mallama asked astronomers around the world to measure the brightness of BlueWalker 3 at the onset or end of astronomical twilight, when many satellites are bathed in sunlight while still superimposed on the night sky. The results suggest the spacecraft’s brightness is magnitude 1.5, about the same as stars such as Castor in the constellation of Gemini or Bellatrix in Orion.

However, the spacecraft can become brighter than this, reaching magnitude 0 at times. That’s similar to some of the brightest stars in the sky such as Arcturus in the Boötes constellation, Vega in Lyra and Rigel in Orion.

The findings raise concern for astronomers who worry that BueWalker 3 could interfere with observations. Yet AST SpaceMobile has more ambitious plans. BlueWalker 3 is a prototype for a fleet of 100 similar satellites called Bluebirds, some of which could be several times larger.

Such a constellation could create a significant display in the night sky and will add to the controversy generated by other communications constellations and how they can interfere with astronomical observations.

For example, Elon Musk’s StarLink currently has about 3000 satellites in low Earth orbit and by some accounts aims eventually to have 42,000 of them, although these are currently less bright than BlueWalker 3.

To see BlueWalker 3, go to the Heavens-Above.com website which currently calculates its position and outlines when it will be visible in your area.