If your liver fails, having 40 small but functional livers scattered around your body might be the next best thing. 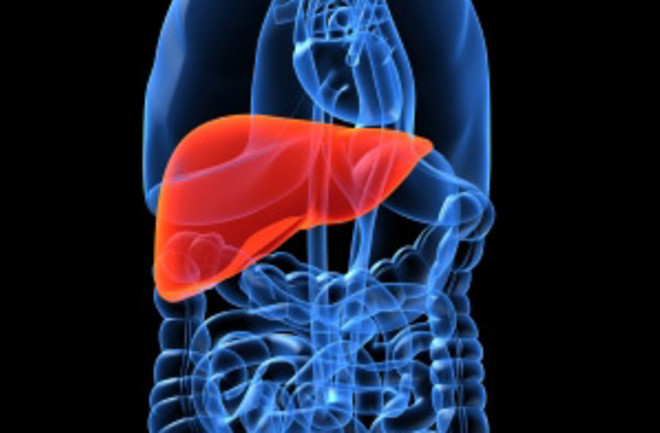 For people suffering from advanced liver disease, the prognosis is bleak. In many patients, such as those with cirrhosis, the liver becomes so clogged with scar tissue that healthy cells are choked off, preventing it from fulfilling its role of filtering toxins. The only cure is a liver transplant. Yet with just 6,000 available organs for some 100,000 patients each year, chances of winning the liver lottery are slim. And if you’re elderly or suffering from another disease, the chances are closer to zero.

But a surprising new technique under development by University of Pittsburgh stem cell researcher Eric Lagasse may radically improve those odds. Lagasse, based at Pitt’s McGowan Institute for Regenerative Medicine, has discovered how to turn any one of the body’s 500 lymph nodes—the small, oval-shaped organs where immune cells gather to fight invading pathogens—into an incubator that can grow an entirely new liver. Creating a whole set of miniature new livers might take as little as obtaining liver cells from healthy donors and placing them inside the lymph nodes of patients suffering from liver disease.

The concept was born in 2007, while Lagasse was pondering how to overcome a major roadblock to liver regeneration—in those with liver disease, the organ forms scar tissue that destroys its ability to heal. But then he noticed emerging evidence that transplanted liver cells could survive in unusual areas of the body, for instance under the renal capsule, a fibrous layer that protects the kidney from trauma. Lagasse reasoned that if he could implant liver cells away from the diseased organ, instead of succumbing they just might multiply and thrive.

So he set to work trying to grow liver cells outside the dying organ. As his test tube, he used mice with end-stage liver disease, implanting liver cells, or hepatocytes, from another mouse into their kidney capsules, under the skin, and into the spleen. Most of the mice died within eight weeks, the usual prognosis for end-stage liver failure in mice. But that changed when Lagasse injected cells into the belly: The mice gained weight, recovered energy, and within weeks appeared healthy.

After watching those mice thrive for several months, Lagasse repeated the experiment using fluorescent markers to trace the path of the liver cells. To his surprise, they had migrated to lymph nodes, where they grew to form large nodules that, in aggregate, reached a mass capable of keeping the animal alive.

It actually made sense. In many ways, lymph nodes are ideal bioreactors for growing new livers. They have an unusual capacity to expand, allowing them to accommodate an entire organ. They have ready access to the bloodstream, which nurtures new cells with nutrients as well as hormones and signaling agents needed for growth. And since the body has many lymph nodes, some can sacrifice their traditional duties to grow livers. The injections were so successful, Lagasse realized, because the belly provided enough space for cells to migrate.

Further experimentation showed Lagasse that if he injected hepatocytes directly into the lymph nodes, the cells picked up signaling proteins (essentially SOS signals to grow) released into the bloodstream from the dying liver. “There is communication between the new and a diseased liver,” Lagasse says. “They share some functions. We don’t totally understand the signaling mechanism, but we don’t need to if it works.”

Using his technique in mice, Lagasse has already succeeded in growing 20 to 40 small livers that gradually pick up the slack as the central liver fades. Together the mini-livers add up to 70 percent the size of a normal liver.

So far, Lagasse has not seen adverse reactions in his experimental mice. Rejection is not a problem because the animals were genetically engineered to share identical DNA, eliminating the risk that the immune system would attack foreign hepatocytes. In humans, Lagasse is banking on immunosuppressant drugs to prevent rejection. Further ahead, he is looking to an emerging technology known as induced pluripotent stem cells (iPSCs), in which adult cells are reprogrammed to be like embryonic stem cells so they can transform into any type of cell. Doctors could then collect blood or skin cells from a patient and turn them into healthy liver cells, enabling patients to be their own donors.

Even if rejection can be controlled, patients gravely ill from end-stage liver disease might succumb to surgery itself. To address this, Lagasse has injected hepatocytes into lymph nodes in peripheral parts of a mouse’s body—under the knee or arm—because that requires less invasive surgery. Growing a liver behind a knee is not ideal; in humans it might cause a bump weighing more than a pound in an inconvenient spot. But cultivating a liver in these peripheral areas could allow a very sick patient to survive long enough to recover the strength to undergo implantation in a more practical location.

Next Lagasse plans to replicate his experiments in pigs and hopes to implant human patients within the next few years. In principle, there’s no reason the approach should be limited to livers. “We’re talking about bioreactors that could grow any number of tissues inside the body,” Lagasse says. “This could work for any organ that secretes things or produces cells.” The thymus and pancreatic cells may be future candidates.

Stem cell expert Robert Lanza, who heads scientific research at Advanced Cell Technology in Massachusetts, calls the research an “exciting, novel idea.” But he sounds notes of caution. Liver cells carry out hundreds of different functions, only some of which Lagasse has tested in mice, and it is unlikely that transplanted cells could fulfill all of them in humans. “Also, you can envision all sorts of locations where it would not be good to have these cells,” he says. “What if they migrate to the lungs or brain?”

Lagasse concedes the many hurdles that lie ahead, not the least of which is convincing people that his bizarre transplantation technique might work. “This is such a wild idea, we need to demonstrate it could actually be used on a patient,” Lagasse says. “Still, I’ve spoken to many surgeons who are very excited about it.”

GROWING A NEW YOU

Regenerative medicine is in its infancy, but researchers are on the cusp of regrowing all kinds of limbs and organs. The following are some of the most promising candidates.

Bladder Six years ago the bladder became the first partially lab-grown organ to be implanted in humans. A swab of a patient’s bladder cells were cultured in a dish, molded to the shape of the bladder, and tacked onto their original damaged organ, restoring function. In 2010 researchers grew bladders from scratch using baboons’ bone marrow stem cells.

Muscles and Digits In 2005 a man accidentally lopped off part of his finger. Following advice from his surgeon brother, he sprinkled the nub with powder containing part of a pig’s bladder known to contain powerful proteins that regenerate tissue. The finger regrew in four weeks. Tissue engineers at Pitt are using the technique to help others regrow muscle in damaged arms and legs.

Heart Fish and amphibians can produce new heart cells to repair damage, but mammals cannot. Researchers at the University of Washington and elsewhere are using stem cells to trigger the growth of these cells, which stop regenerating in mammals after birth. So far the technique has reduced scarring and improved cardiac function in rats following heart attacks.