The photographers of Earthflight, a companion book of the BBC series of the same name, take the concept of the bird's eye view very very seriously. If you've ever wanted to see how the crow flies, literally, Earthflight producer John Downer can show you. Mr. Downer pioneered several techniques for filming and photographing birds, including imprinting (raising birds from the moment of hatching so they follow the caretaker as a parent) an entire flock of birds, and then flying in a hang glider in formation with the flock. In a recent interview, John Downer said about flying with an imprinted flock:

Remarkably, imprinting has been used to teach reintroduced birds their migratory path. Other technologies used in the making of Earthflight included remote control drones, which had the advantage of being quiet and harmless-looking, and made "stealth" filming possible. One disadvantage was that the drone had to be programmed to return and occasionally was lost. A glider that resembled a vulture and carried cameras into flocks was another technique, as were radio controlled devices.

"As you can imagine, it’s very labour intensive. I took them over some of the cities of Europe. I took them over Venice. We flew over Edinburgh. We flew over London. The microlite is the apex of the classic v-shaped formation. They are flying so close you could literally reach out and touch them. You can’t get closer to a bird than being up in the air with it, flying wing tip to wing tip. I wanted to translate that for audiences in Earthflight so they got that sensation"

The book combines lots of eye candy in the form of birds-eye-views of iconic landscapes, but it is also generous with the fascinating details telling how the rare images were made. In many cases the images were results of years of experimentation and work. The patience of the crews paid off, not a single bird was lost in the making of Earthflight. 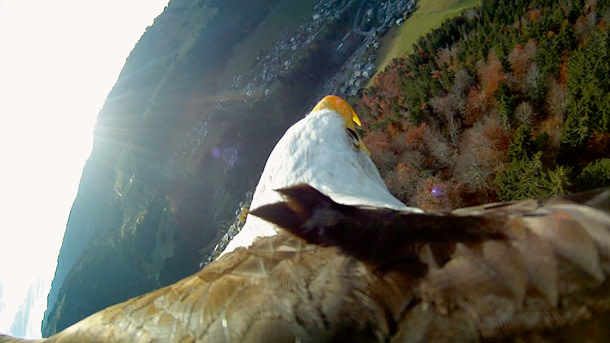 North American bald eagles are big and strong enough to carry a mini high definition camera--in flight shot. The eagles were found through the Sutton Avian Research Center (SARC) in Oklahoma, who were working on reintroducing bald eagles to territories where they were once plentiful. 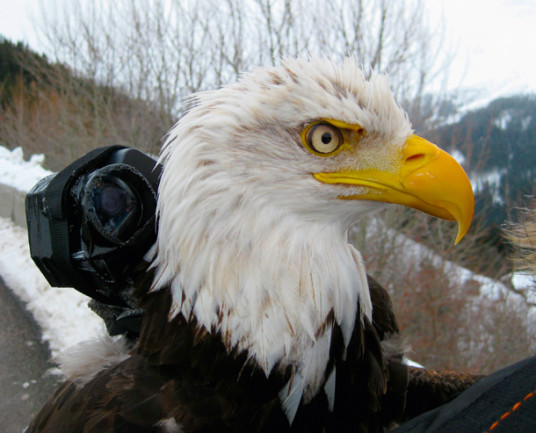 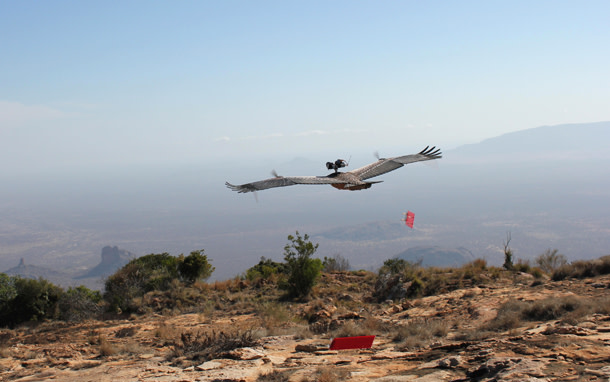 Vulturecam: bird shaped model gliders could carry a lightweight camera and fly among wild bird flocks to get a new view of bird behaviors.