This tiny car rolls along at a clip of 4 inches per minute. 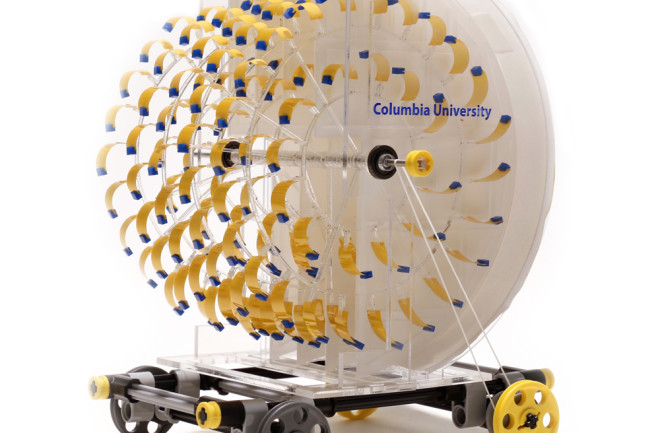 A car that runs on bacteria? It might not be quite the kind of car you’re imagining, but researchers report they have built a rotary engine powered by bacterial spores.

A spore lengthens as it soaks up water from the air and shortens with evaporation. To harvest energy from those natural movements, biophysicist Ozgur Sahin and his Columbia University colleagues glued spores to both sides of small tapes, shown in yellow. When dry, the spores make the tapes curl; in humid surroundings, they stretch out.

The team arranged about 100 tapes evenly around a wheel scaffold and encased it in a moist shell that covers half of the wheel. After they rigged it up to a toylike car that weighs as little as a small apple, their contraption, reported in Nature Communications, actually propelled the car — albeit at less than 4 inches per minute.

[This article originally appeared in print as "Spore Power."]