Augmented Reality Phone App Can Identify Strangers on the Street 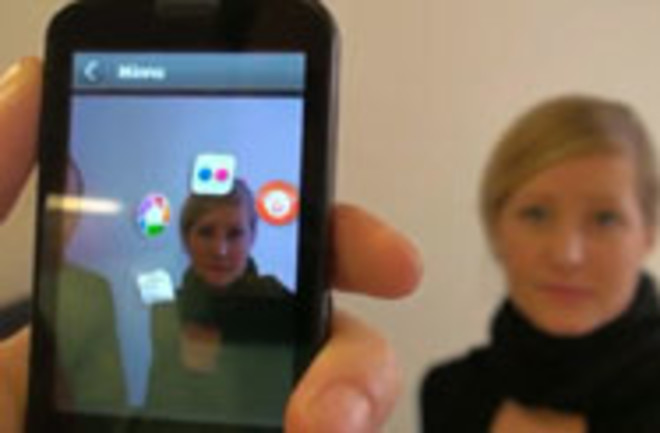 Augmented reality, the blending of real-life environments with computer generated imagery, has provided a bunch of creative applications, including a virtual tattoo. Now, the same technology can be used to identify virtual strangers. A new app called Recognizr, developed by the Swedish mobile software firm The Astonishing Tribe, lets you find out more about a person--including what social networks they are on and in some cases their phone numbers--simply by pointing your camera-phone at them (see video below). The app works by mashing up the latest in facial recognition software, cloud computing, and augmented reality. But before privacy advocates storm the offices of The Astonishing Tribe, we should note that the app only works on people who have opted in to the system. People have to sign onto this service, submit a profile, and upload a picture to be picked up by Recognizr. So you needn't scramble to delete all your pictures on social networking sites like Facebook and Twitter, since Recognizr works only by mining information off its own database. Describing how the app works, PopSci writes:

Face recognition software creates a 3-D model of the person's mug and sends it across a server where it's matched with an identity in the database. A cloud server conducts the facial recognition ... and sends back the subject's name as well as links to any social networking sites the person has provided access to.

The app will work with iPhones and phones running on the Android operating system. Related Content: Discoblog: Augmented Reality Tattoos Are Visible Only to a Special Camera Science, Not Fiction: Seeing The Future, Literally Discoblog: One Small Step Closer to Superhuman Cyborg Vision Discoblog: Will the Laptops of the Future Be a Pair of Eye Glasses?Image: Recognizer